Marco Rubio: Congress Should Not Legalize Weed Because Black-Market Weed Is Laced With Fentanyl 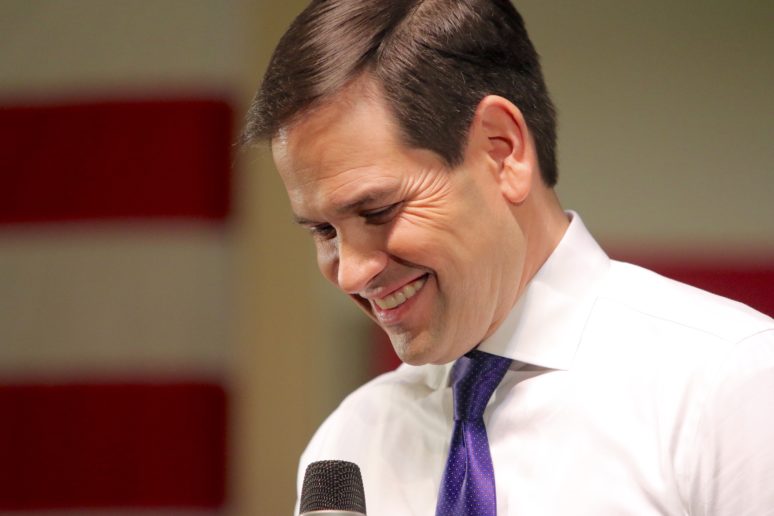 Marco Rubio: Congress Should Not Legalize Weed Because Black-Market Weed Is Laced With Fentanyl

By International Highlife May 1, 2022
News

It’s no secret that Sen. Marco Rubio has a long history of speaking out against cannabis legalization.

Given that history and the fact that Rubio’s position is rejected by two-thirds of Americans, you might think he would be prepared to defend cannabis prohibition with cogent arguments.

If so, you are very wrong.

In a recent interview with a Pensacola TV station, Rubio worried that legalization would encourage teenagers to use cannabis, which would be a “gateway” to other drugs, and warned that black-market marijuana is “laced with fentanyl.” All three arguments are logically and empirically dubious. If this is the best that Rubio can do, he’d be better off changing the subject.

“When you decriminalize something, the message that you’re basically sending people is it must not be that bad,” Rubio said. “Now, suddenly, you’re an 18- or 17-year-old, [and you] say, ‘Well, I know marijuana, you tell me not to smoke it, but you know what? It can’t be that bad, because the federal government made it legal.’ And so all of a sudden now, you’re going to have a problem in this country, because that becomes a gateway. We know that marijuana use is often the first thing that people use before they move on to something else. We’ve also seen, by the way, marijuana being purchased off the streets that’s laced with fentanyl and other drugs, and it’s killing people.”

We obviously don’t know yet what impact repealing the federal ban on marijuana would have on the impressionable teenagers that Rubio imagines. But there is little evidence that legalizing cannabis for medical or recreational use at the state level, as 37 states already have done, has boosted underage consumption.

What about Rubio’s fear that cannabis is a “gateway” to more dangerous drugs? Rubio probably knows from personal experience that the vast majority of people who smoke pot don’t become heroin addicts.

It is true that marijuana “is often the first thing that people use before they move on to something else.” It is also true that people who try marijuana are more likely to try other drugs than people who never try marijuana. But that does not mean marijuana use causes people to “move on to something else.” Many studies have tried to distinguish between correlation and causation by controlling or adjusting for confounding variables, with mixed and contentious results.

It is worth noting that fentanyl-laced marijuana may be nothing more than “an urban legend,” as an intelligence officer with the New England High Intensity Drug Trafficking Area put it.

2 responses to “Marco Rubio: Congress Should Not Legalize Weed Because Black-Market Weed Is Laced With Fentanyl”