How Many Grams in a Pound of Weed? - International Highlife 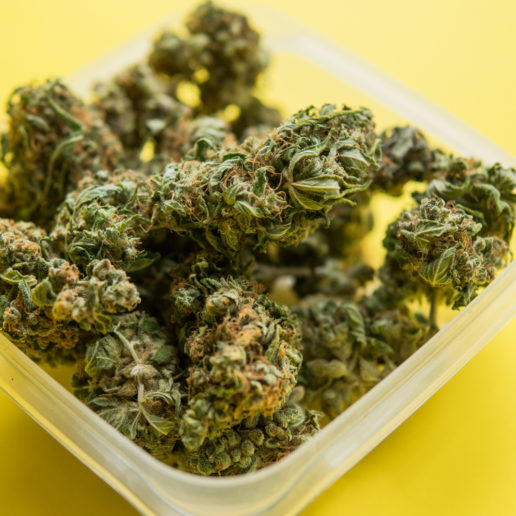 How Many Grams Are In A Pound Of Weed?

The key to buying weed in bulk and not getting ripped off is understanding the measurements involved. Let’s face it, if you are trying to obtain marijuana but don’t know how many grams are in a pound, you’ve got a few issues to sort out first. If you are trying to buy a pound of weed and don’t know the grams, ounces, and metrics involved, take a few minutes to review the below pertinent information. After all, you don’t want to sound like a complete amateur walking into the deal.

Breaking Down The Math

Uh Oh, did you skip math class too often during school? Now that you are entering the cannabis market unprepared, you might have a few regrets about your past math decisions. Math, unfortunately for you, is a critical aspect of buying and selling weed.

But just because you skipped out of math class doesn’t mean you can’t figure it all out now. Buying and selling weed isn’t rocket science. Cannabis in America is sold through in a somewhat confused mixture of imperial and metric measurements: pounds, ounces, and grams, etc.

Over the years weed measurements in America developed a nuanced lexicon of its own. Not only do marijuana sales rely on aspects of the outdated imperial system, but it also uses some parts of the metric system. Confused yet? You aren’t alone.

Weed just doesn’t operate under the terms laid out in the official imperial measurements found in textbooks; it’s complicated! Some people even joke it has helped teach Americans the basics of the metric system.

If you haven’t already noticed, cannabis is the only commodity sold in halves, quarters, and eighths. Nobody buys oranges at the grocery store under these conditions, but for some reason, we use them for weed. Rarely will you hear about pot sold in any other quantities besides these standard units.

Below is a comparison of what the official measurements are, versus what you’ll find in the cannabis marketplace.

Did you notice the problem there? Just because you are buying a pound of weed, doesn’t mean you’ll get an exact imperial pound down to the 3rd decimal place. In most cases, buyers and sellers rely on a simplified decimal-free system to measure their marijuana. For example, one ounce is not 28.3495 grams, its actually just 28 grams. In another example, a pound of weed is actually sold about five grams lighter than a real pound should be: 453.592 versus 448 grams.

Cannabis culture has attempted to simplify the marketplace by removing the decimal places. For anyone trying to work out the complicated mathematical equation of how many grams are in an eighth and how many eighths are in a pound by working with four decimal places, good luck!

Why Does America Use The Imperial system?

Fun fact, three countries in the world don’t use the metric system: Libya, Myanmar, and the United States of America. Something doesn’t seem right here, does it? America, a first world, and fully developed nation relies on an outdated measurement system only used by two other third world countries.

So why does America rely on such a confusing and non-compatible system? Is it just to confuse people trying to buy and sell weed? Is it to prove a point? The imperial system came over with the British and despite a few revolts and revolutions, remains in place to this day.

The metric system existed around the same time that America adopted the imperial system, but for whatever reason, our founding fathers decided to maintain the old British ways. A few decades ago there was a push to move towards the metric system, but it never took hold. Americans are very found in their inches, pounds, and ounces.

How Many Joints Are In A Pound of Weed?

Hilariously, researchers with the Drug Enforcement Agency decided to find out the average joint size. Based on their research, they determined that on average a joint contains 0.32 grams of weed. While we all know some people prefer pinners and others prefer behemoths, when you average them all out a joint isn’t all that big.

Although rarely of consequence when you are buying a full pound of weed, perhaps you’ve subconsciously wondered how many joints you can get out of it. Maybe, you are planning ahead and wondering just how long it’s going to take you to roll a pound of joints.

As discussed, there are 448 grams of cannabis in a typical pound. If we divide this number by average joint size, this tells us there should be roughly 1400 joints in just one pound of weed. That should keep you smoking for a few days at least.

How Much Does A Pound Cost?

Obviously, the cost of a pound of weed varies dramatically depending on where you are located and what you are looking for. Most Americans can expect to pay anywhere from $2,000 to $3,000 for a full pound. If you still have your calculator out, you will quickly see why buying weed in bulk makes for a sound financial investment. Instead of paying a minimum of $10 per gram, your per gram price decreases to 0.15 to 0.22 dollars per gram.

There are excellent savings found in a pound of marijuana!

11 responses to “How Many Grams Are In A Pound Of Weed?”