Mango and Weed - How does it Increase Your Cannabis High? 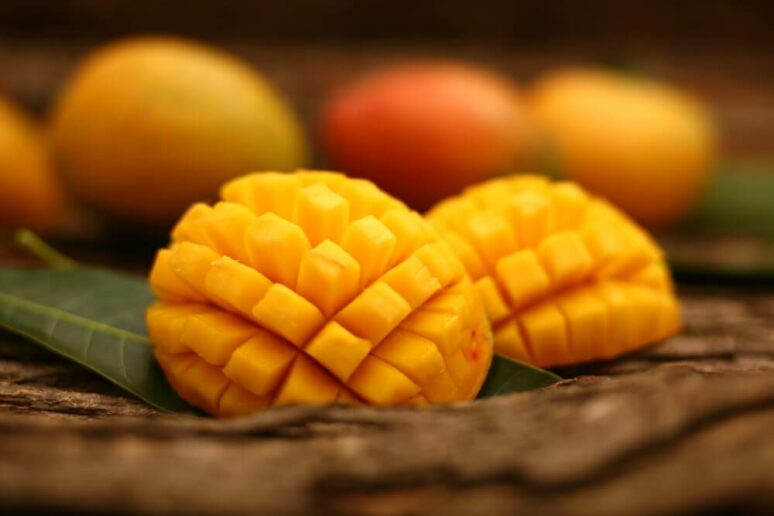 Mango and Weed – How does it Increase Your Cannabis High?

Perhaps discovered by accident, but eating mango and smoking weed has a bit more on offer than just a tasty munchie. Mango and weed go hand in hand, a perfect combination that intensifies and prolongs the associated euphoric high. There are perpetually similar theories spread around from stoner to stoner about which foods could improve the buzz, but with mango’s there is at least some substantial evidence backing it up.

These days mangoes are found in just about every grocery store, no matter what time of year. They originated in Southeast Asia but rapidly spread to all the tropical regions around the world. Today, they are grown from Spain to Africa, to Central America, well beyond their original borders. Including the wild varieties, there are estimated to be upwards for 1,200 different types of this aromatic and juicy fruit.

Even before we found out about its ability to increase the strength of a high, a mango was well worth the investment at the grocery til.  They are not only delicious but extremely delicious! But more on that later.

Mangos are easy to add to both sweet and savory dishes. Juice them, bake them, add them into a curry, or just eat them in their natural state… then get high.

Why Smoke Weed and Eat some Mango?

The main reason why you would want to add mango before of after smoking up is that it increases the potency of the weed. Not only will the effects set in much more quickly, but they will last much longer. According to some research, it takes roughly seven seconds from inhaling marijuana smoke for it to reach your brain. With mango, some estimates believe it could cut that time in half.

By eating mango before (or after) smoking, most people report a more aggressive onset. For the recreational stoner, they are seeking a more powerful punch of euphoria. For the medicinal user, they might be seeking stronger potency to relieve symptoms, like pain relief and nausea.

A word of warning for anyone already negotiating the signs of paranoia and anxiety after smoking weed, it’s likely that mango might just make these symptoms worse. Even if everyone else is trying it, maybe take a step back and analyze their results before trying it yourself. You don’t want to green out, so play it safe.

The Science Behind Eating Mangoes and Smoking Weed

Mangos and weed seem like a very strange pairing. After all, they didn’t evolve together, but now have a slightly unnatural bond thanks to the ever-resourceful cannabis culture. Mangoes and cannabis share more than you might imagine.

Both plants contain something called a terpene. These are the chemical compounds responsible for the often intense aromatic scents of both mango fruit and cannabis buds. If you are reading this now, you likely have much more experience with cannabis terpenes, than with those found in mangos.

Scientists have identified that cannabis has over 100 known terpenes, responsible for the sometimes citrusy, piney, minty or skunky smell. Mangos have similar nuances in fragrance, although most grocery stores only carry one type of mango. There is actually a colossal terpene variation between the mango subspecies, depending on terpenes composition. Some are sweet, some are sour, some are floral.

Terpenes are the next frontier in cannabis science. While largely ignored in favor of the popular cannabinoids like THC and CBD, terpenes are thought to have similar medicinal benefits.

Eating mango before smoking weed boosts terpene levels, which then helps cannabinoids cross the blood-brain barrier. Smokers will suddenly get much more out their pot than they usually experience.

The terpene content in mangoes pairs well with cannabis, boosting the efficacy, potency, and duration on the high. Plus, some evidence suggests that terpenes may positively interact with both the dopamine and serotonin receptors.

Mangos aren’t just a tropical way to improve your high; they have tons of added health benefits. If you are going to get the munchies, either way, it might as well be healthy snacking choices, right?

Did you know that mangoes contain tones of beta-carotene? It’s the same nutrient found in carrots, and its linked to promoting healthy eyesight. Once ingested beta-carotene is metabolized into Vitamin A. On top of vision, Vitamin A also improves immune function, neurological function and gives your skin a healthy glow.

Both mangoes and cannabis boost immunity but through slightly different means. Cannabis contains upwards of 60 different cannabinoids; some are linked to a healthy and functioning immune system. Mangos, on the other hand, are chock-full of the all-powerful Vitamin C. Vitamin C helps prevent the common cold and flu, and allows your body to absorb more iron.

A traditional use of green mango was to treat the signs of heat stroke. Considering until recently mangoes were only found in tropical countries, it’s a handy fruit to have around. The theory postulates that the juice of green mangoes will help rejuvenate someone hit by heat stroke, perhaps due to all the vitamins, minerals and micronutrients found inside.

Another similarity between cannabis and mangoes is their antioxidant content. Bet you didn’t realise that weed is actually a pretty powerful antioxidant in its own right, thanks again to its cannabinoid content. Mangoes also have quite high levels of antioxidants. Both mangoes and weed manage oxidative stress and reduce the buildup of cancer-causing free-radicals.

A final reason why you need more mango in your life, even after getting high, is for its ability to regulate the bad cholesterol levels. Some of the compounds which help target the particularly bad cholesterol are pectin, fiber and again, vitamin C.

Benefits Beyond the High

So the next time you light up, after a bowl full of mango, just think of all the powerful health benefits you are receiving from this delicious tropical fruit? Not only does it increase the length and strength of your high, but boosts your intake of essential vitamins and minerals. That’s potent stuff!

4 responses to “Mango and Weed – How does it Increase Your Cannabis High?”