Tennessee Man (Hero?) Arrested for Smoking a Joint in Court

The people of Wilson County, Tennessee weren’t looking for a hero – but they got one anyway.

In court on Monday on a marijuana possession charge, Spencer Boston, 20, stood in front of the judge and began airing out his views about marijuana legalization (he’s for it). He then pulled a joint out of his general issue stoner poncho, lit it – with a match – and took a deep pull. 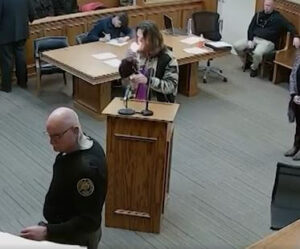 According to CNN (which put two reporters on the story), he then “got in several quick inhales before he was detained and escorted out of the courtroom,” by a bald plaintiff who may or may not be the son of Bull from “Night Court.”

As he was led out, he turned to the court gallery and shouted, “the people deserve better,” according to ABC news. 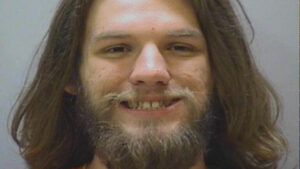 Like Oliver Stone, we analyzed the video from the Wilson County Sheriff’s Department and it appears that Boston takes one pull before waving it around. This was performance art more than a smoke session, but still, depending on the strain, he might have been feeling something when he was taken down to the lockup.

We hope for his sake he was because that hit got him charged by Judge Haywood Barry with disorderly conduct. Barry also held him in contempt of court and jailed him for at least 10 days.

The joint was also collected as evidence, ABC reported.

Boston- who with this act moved up the “Guys named Spencer” depth chart to #2 behind the Brooklyn Nets’ Spencer Dinwiddie – will have his next court appearance on April 14, according to CNN.

This time, if he doesn’t at least pull a blunt out of his hemp-based outerwear, we will hold him in contempt of International Highlife.