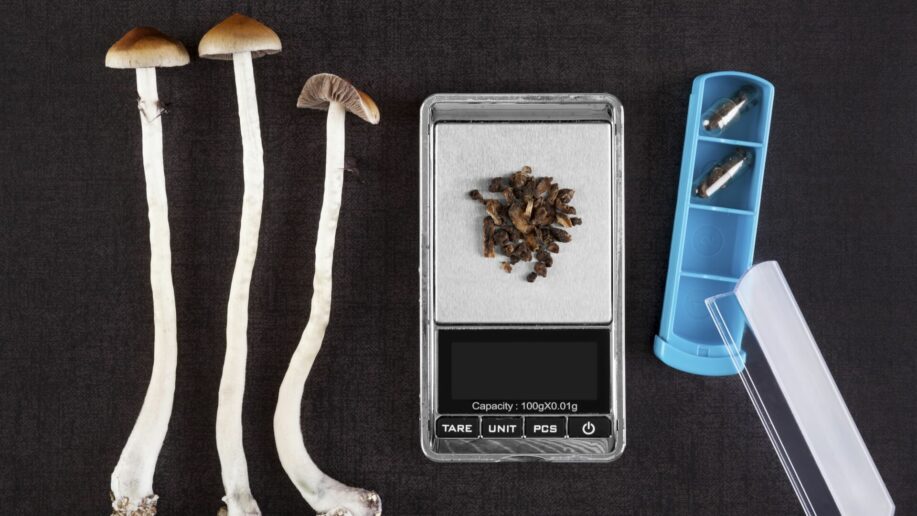 Magic Mushroom Pills Could Soon Be Used to Treat Depression

The hallucinogen psilocybin moved a step closer to returning to its once legal status as a therapeutic drug earlier this month when a British company received a US patent for a drug that will deliver a dose of the psychedelic.

In a press release from earlier this month, COMPASS Pathways CEO and Co-founder George Goldsmith said, “too many people are suffering with treatment resistant depression. We are committed to developing innovations, such as psilocybin therapy, to address this rapidly growing problem.”

• How Does Cannabis Combine With Other Psychedelics?

According to the press release, the company is currently running a phase IIb clinical trial of the formulation – COMP360 for treatment-resistant depression. The trial is looking for 216 patients in Europe and North America with depression that hasn’t responded to established medications.

Research has shown that there is evidence to indicate that psilocybin – the active psychedelic ingredient in magic mushrooms – can provide relief for treatment-resistant depression. In addition, research also shows that psilocybin can cause “acute reductions in core OCD (obsessive-compulsive disorder),” and can help people suffering from suicidality, anxiety disorders, alcohol use disorder, and tobacco use disorder.

In October 2018, the company received a “Breakthrough Therapy” designation for its psilocybin therapy program. According to the FDA, “a breakthrough therapy designation is for a drug that treats a serious or life-threatening condition and preliminary clinical evidence indicates that the drug may demonstrate substantial improvement on a clinically significant endpoint(s) over available therapies.”

While this is encouraging news for those who hope to see a renaissance in the legal use of psilocybin for therapy, it is by no means the first time it has been manufactured as a pharmaceutical. In 1958, it was produced synthetically a year after it was isolated by Swiss chemist Dr. Albert Hofmann – the same chemist who was the first person to synthesize and ingest lysergic acid diethylamide (LSD).

In the early 1960s, it was manufactured by Sandoz Ltd. (where Hofmann was a researcher) and marketed under the name “Indocybin,” until it became a controlled substance in 1970.

Sandoz Ltd. also manufactured LSD-25 under the name Delysid and Mescaline (the active hallucinogenic ingredient in peyote cactus) was manufactured and sold by Merck. Both became controlled substances in the United States in 1970.