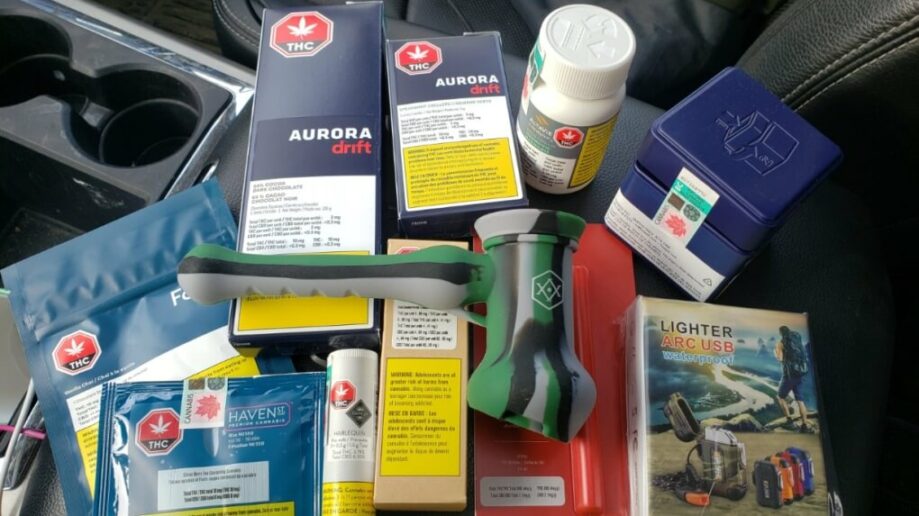 “Each team is usually responsible for putting a gift basket or prize package together with a minimum value of $50,” he told CTVNews.

“And then what they do is they have a big setup and they have a paper bag taped in front of each one of these prizes.”

This time, that raffle took a wrong turn — or a very right one, depending on your stance on weed. Since you’re reading this article, we’re guessing the latter.

Redl’s son, the kid’s dad, spent $10 on raffle tickets that he gave to his eight-year-old to bid on a prize he liked.

Redl said that in past years, the prizes had been geared towards families and included movie tickets, games, or candy.

So Redl’s grandson bid his tickets on what he thought would be a bag full of chocolate and chocolate fondue.

“And then at the end of the tournament (…) (the family) was notified that he won the one prize and it was this prize of $200 worth of pot,” Redl said.

Once the kid’s dad, who went to pick up the prize, saw what was in the bag, he immediately sent photos of the haul to Redl.

“My grandson thought he won a great prize,” Redl said. “‘Dad, I won chocolate!’ ‘No, son, there’s bad drugs in the chocolate.’ How do you explain that to a kid?”

First of all, who talks like that? Secondly, the Dawson Creek Dawson Creek Minor Hockey Association told CTVNews.ca that the prize was clearly marked as for adults and the family was given a chance to choose another prize — which it didn’t take.

“Amongst a number of prizes donated was a basket of cannabis products,” they wrote in a statement. “The products did not appear on the donation table, only a photo and list of the items contained in the basket.

“The raffle winner was told the basket contained cannabis products and was given the option of not accepting the prize,” the statement said, in a pretty obvious swipe at Redl’s adult son, who chose to take the prize home and bitch about it instead of getting his kid something could actually enjoy within the next 10 years.

“The winner chose to take the prize, their identification was checked to ensure they were of legal age (19+), and the donor then delivered the basket to the winners,” the statement continued.

This really begs the question of what the whole point of this outrage is. If the family really wanted to get a prize for their kid, they could have just exchanged the prize and let someone else have the weed, preferably someone that would appreciate it.

He said the “drugs” should have never been at the event in the first place, especially not since it’s a children’s tournament.

“I was a policeman for 32 years and you (…) try to protect people from stuff and then your eight-year-old grandson brings up running into this, it’s just ridiculous,” he said, presumably before cracking open a cold beer.

“There is no place for drugs at a child’s hockey tournament.”

If you’ve ever taken your kids to any birthday, dance recital, or sporting event, you know that statement to be demonstrably wrong.

The report on CTVnews did not specify whether the family returned the prize or ended up using it themselves.