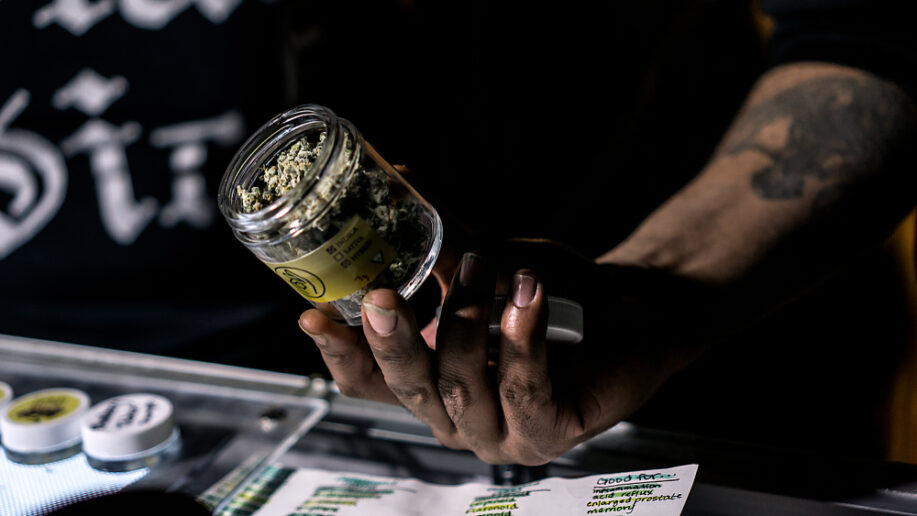 Missouri’s first licensed dispensaries opened last weekend in the St. Louis area and surprise, surprise, the lines have been huge.

The two dispensaries run by N’Bliss opened Saturday in Ellisville and Manchester nearly two years after Missouri voters approved a constitutional amendment to allow the sale of medical cannabis.

To buy the weed, people need approval from a doctor and a state medical cannabis card. Prices are expected to be high initially because the supply is limited in the state at this stage. N’Bliss was charging $125 for an eighth of an ounce.

Kim Haller said she stood in line Saturday because she has long been frustrated with the high cost of medications and injections she uses to treat her multiple sclerosis. Recently, Haller said she had been buying weed from a licensed caregiver.

In the Kansas City area, Brenda Dougherty said she hopes to be one of Fresh Green’s first customers when it opens this week in Lee’s Summit. The 57-year-old from Warrensburg said she believes weed will help relieve her chronic pain condition.

“I don’t want to take any more pills,” she said. “I know this will help. To be quite honest, I have tried it and, yes, it does help.”

The Missouri Department of Health and Human Services expects most of the state’s 192 approved dispensaries to be open by the end of the year.

“Missouri patients have always been our North Star as we work to implement the state’s medical marijuana program,” Dr. Randall Williams, department director, said in a news release. “We greatly appreciate how hard everyone has worked so that patients can begin accessing a safe and well-regulated program.”