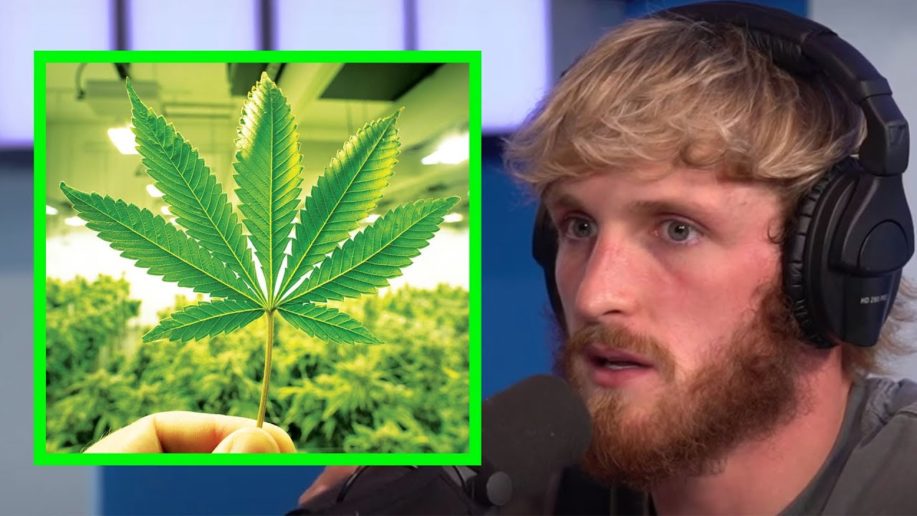 Logan Paul has revealed that he’s given up smoking weed at the start of 2022.

The YouTuber-turned-boxer recently listed ‘boxing redemption’ among his goals for the New Year, as he is yet to win a fight.

Logan posted: “Super fun New Year’s story: I quit smoking weed on December 24, been having some pretty nasty withdrawals (loss of appetite, insomnia, extreme irritability) — by far the hardest week of 2021 for me.

“Then yesterday on NYE, I got food poisoning (which was odd because all I had was a tiny croissant and a latte in the morning). I threw up 40+ times and spent the evening sweating in bed… AND all the pharmacies were closed so I couldn’t get any medicine. I was so dehydrated that I begged the only emergency ambulance in the city to hook me up to an IV so I could replenish and go out with my friends.

“They said it wasn’t possible unless they took me to the hospital. Obviously f*** that. In an attempt to initiate the rally of the century, I managed to put on my suit and go to the party for 10 minutes before I realised my fate was sealed. As I walked back home up the cold icy hill defeated and disappointed, I threw up another five times in the street. Didn’t miss a stride. Coincidentally, this is the third New Year’s in a row where I’ve been deathly ill, so I theorised: perhaps life has made the beginning of the past few years a nightmare for me so I appreciate the remaining 364 days.

“I consider it an involuntary ‘reset. “Having been physically and mentally humbled (again), it’s only up from here. I’m feeling much better today, and I know this year is going to be astronomical for me. I hope you all grab 2022 by the f***ing horns and accomplish everything you want.”

Are Weed Withdrawals A Real Thing?

Even though you cannot be physically addicted to cannabis, withdrawal symptoms are real, especially if you use cannabis medicinally.

Another thing is for sure; unlike alcohol withdrawal, which can be deadly, cannabis withdrawal isn’t life-threatening. Nonetheless, it can be challenging, especially for long-time daily users.

When you heavily use cannabis, you drastically increase the levels of the high-inducing compound tetrahydrocannabinol (THC) in your bloodstream. To restore balance, your body alters its natural levels of THC receptors, as well as neurochemicals like serotonin and adrenaline. Removing cannabis (or drastically reducing your intake of it) throws off this balance, which your body has to restore by once again altering THC receptor and neurochemical levels.

When you’re in a state of withdrawal, your body is working hard to get to normal function, which causes a lot of stress.

If you’re a heavy, chronic cannabis user, you might begin to notice withdrawal symptoms roughly a day after you last used weed. They usually peak one to four days after the last use and gradually dissipate within a week.

Not everyone who quits cannabis or drastically reduces their consumption of it, experiences withdrawal symptoms. One recent study of heavy cannabis users found that only about 12% did so.

If you want to learn more about the topic, check out our article about cannabis withdrawals.