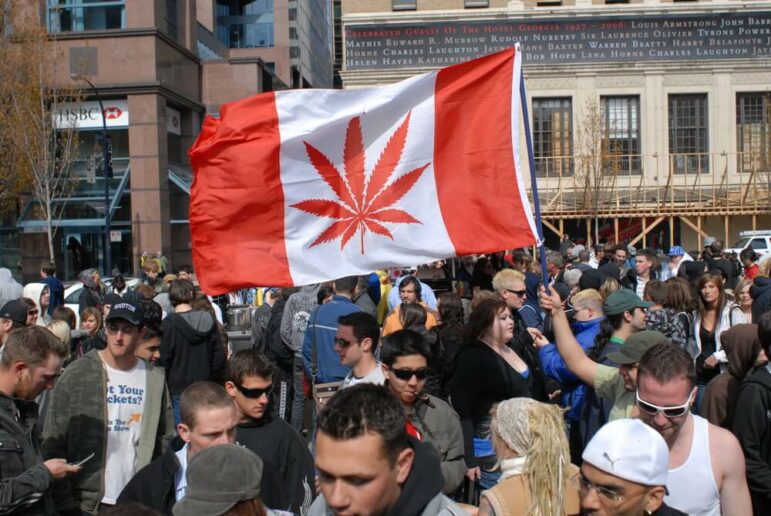 The Canadians parliament has passed a law legalizing the recreational use of cannabis.

Yesterday, the Cannabis Act passed its final hurdle in a 52-29 vote in the Senate. The bill controls and regulates how the drug can be grown, distributed, and sold.

Starting this September, Canadians will be able to buy and consume cannabis legally. The country is the second worldwide (Uruguay was the first one) to legalize the drug’s recreational use.

The bill will likely receive Royal Assent this week, and the government will then choose an official date when the law will come into force.

It’s been too easy for our kids to get marijuana – and for criminals to reap the profits. Today, we change that. Our plan to legalize & regulate marijuana just passed the Senate. #PromiseKept

Adults will be able to possess up to 30 grams (one ounce) of dried cannabis in public.

Edibles, or cannabis-infused foods, will not be immediately available for purchase but will be within a year of the bill coming into force. The delay is meant to give the government time to set out regulations specific to those products.

The minimum legal age to buy and consume marijuana has been set federally at 18, but some provinces have chosen to set it at 19.

Provinces are in charge of how it is sold and have the power to set various other limits on its use within their jurisdiction – like where it can be smoked.

To all our followers, make sure not to carry more than 30 grams of cannabis or grow more than four plants per household, and never buy from an unlicensed dealer. Penalties will be very harsh. Someone caught selling the drug to a minor could be jailed for up to 14 years.