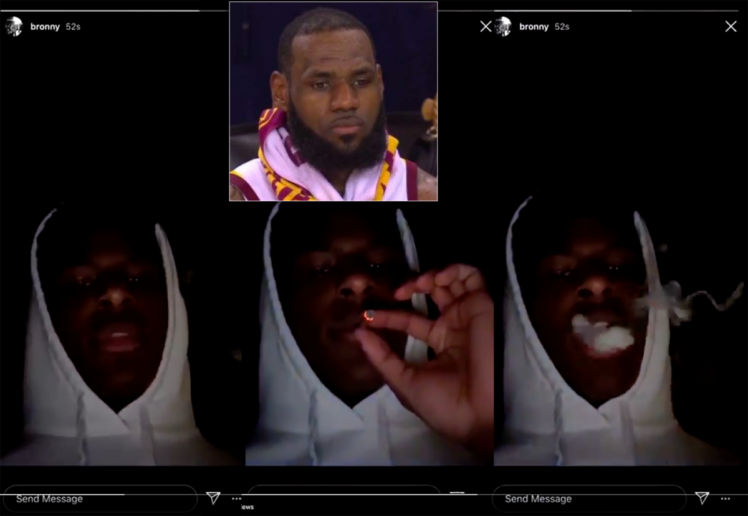 Recently, LeBron James spoke on not getting the NBA MVP, saying it pissed him off. Now, another member of the James family is in the news. A now-deleted video of Bronny James surfaced, showing him smoking weed.

The 15-year-old was seeing a dark room taking a hit from a blunt. Shortly after, the clip went viral, which led to him removing the video quickly. Take a look above.

When did you start smoking weed? Let us know in the comments!