Kyrgios Complains Of Weed Smell During US Open Win 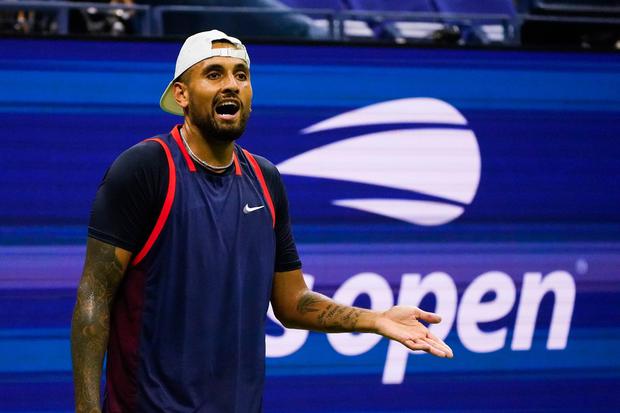 Kyrgios Complains Of Weed Smell During US Open Win

During his U.S. Open match on Wednesday, Nick Kyrgios was troubled by what he believed to be the odor of cannabis.

The Wimbledon runner-up complained about the smell when defeating Benjamin Bonzi in the second round and asked chair umpire Jaume Campistol to alert the spectators in Louis Armstrong Stadium.

You don’t want to warn anyone or say anything? During a break in play in the second set, Kyrgios questioned.

The concourse level above the court at Armstrong has concession stalls, and Campistol was informing Kyrgios that the odor might be coming from their kitchens.

Naturally, Kyrgios replied, “I’m not going to complain about food odors. “Clearly not,”

He said, “I’m having trouble breathing when I’m running side to side. I probably don’t want to breathe that in between points.

The Australian No. 23 seed was as lively as normal during the game, chatting with both himself and the spectators. The person in his box who Kyrgios felt wasn’t being supportive enough was the subject of his rage, and he was given a warning for using obscenities.

Many athletes find the loudness of New York to be difficult, and Kyrgios battled not only with the crowd’s buzz but also with the roars of the trains that could be heard outside the open-air arena.

“For someone who has had trouble focusing throughout his or her career, I’m really working hard to focus, play point by point, and attempt to get out of some specific scenarios. There are many distractions, which makes it challenging, Kyrgios added. There is obviously a lot of jeering as well. A lot of people are speaking. These days, I have to be very cautious about what I say.