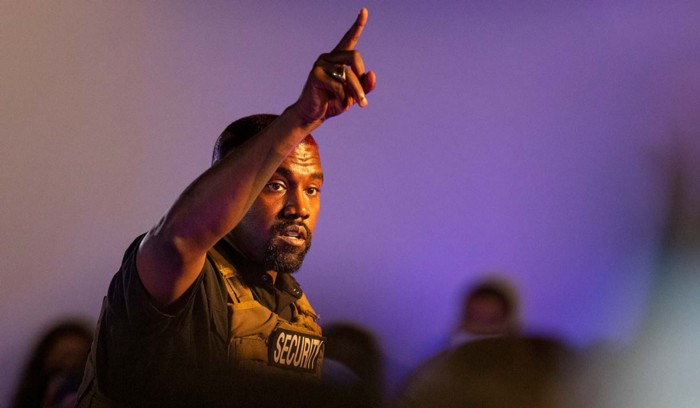 The Associated Press headline “Kanye West criticizes Harriet Tubman at his Political Rally” is the type of word salad that would have really given you pause back in August 2005, the same month in which West both released Late Registration and stood next to Mike Myers at a benefit concert for Hurricane Katrina relief and told a national TV audience that “George Bush doesn’t care about black people.”

Fifteen years later, though, you’re gonna have to try a lot harder to move the needle for Kanye antics, which in the year of our lord 2020 involves what the media keeps calling the “Kanye West Presidential Campaign.”

On Sunday, West held the first event of the campaign, which beyond his slandering of Tubman, the abolitionist, and icon of the Underground Railroad, also included the inkling of a marijuana legalization campaign. Namely, that West believes marijuana “should be free.”

More importantly – and a somewhat more fiscally complicated proposal – would be to provide support for those who have children, partly in order to deter abortion (which he thinks should remain legal).

“The maximum increase would be everybody that has a baby gets a million dollars or something in that range,” West told the crowd.

Whether Kanye actually plans on running for president is still unclear, and he has already missed the cutoff date to register his campaign in a number of states.

In the past couple of years, West has been very open about his mental health struggles, as well as his on-again-off-again support for President Donald Trump.

It’s been a strange late-career phase for the man who no matter what he does, will always have produced ‘This Can’t Be Life’ and ‘Guess Who’s Back’ twenty years ago, only to don a MAGA hat and produce 2018’s rap album of the year (Pusha T’s “Daytona”.)

The 43-year-old producer, rapper, fashion designer and celebrity husband appeared at the rally in North Charleston, South Carolina on Sunday with “2020” shaved in the back of his head, while wearing what looked like a military flak jacket with “security” written on it.

Kanye announced his presidential run on July 4th, and if he holds out until October, his campaign will have lasted longer than that of former New York Mayor Michael Bloomberg – and at a fraction of the cost.

Is it a bid to sell albums, promote a sneaker drop, or just another manifestation of his mental health problems, a cry for help from a man who maybe doesn’t have enough people in his corner looking out for him?

Hard to say, but we stopped being surprised by the things he does some time ago.

Regardless, any candidate who can secure federal marijuana legalization, free weed, and $1 million (retroactive) payments for anyone who has had a baby is an automatic plus for any stoner that’s also a parent.