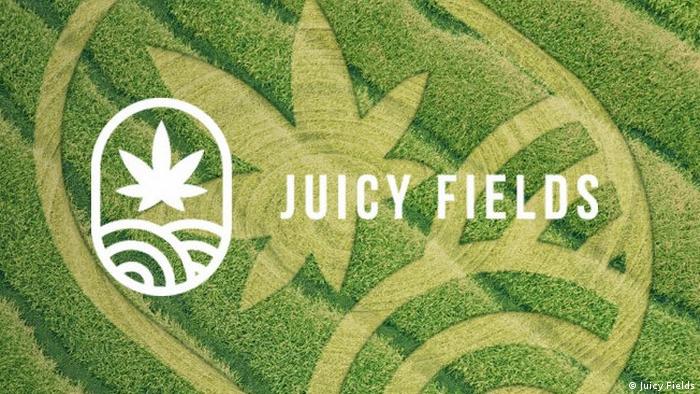 The dimensions are still unclear, some estimates put the damage at a few million, others at several billion euros – this is how much money small investors around the globe could have put into a windy offer with cannabis plants.

The company called Juicyfields has offered so-called “e-growing” since 2020. With Juicyfields, investors could participate in the cultivation, harvest, and sale of medicinal cannabis plants.

The returns were well over 100 percent a year.

“People are just not used to making good profits anymore,” defended Juicyfields’ then company spokesperson and “innovation officer” Daniel Gauci said back in March 2022. He did not want to comment on how the company could generate such returns.

An online platform was the company’s most important tool. There, users could buy and sell plants, manage them in virtual greenhouses, and have their money paid out. Whether the plants ever existed is unclear after the current events.

Since mid-July, users have no longer been able to log in to the platform. Shortly afterward, the company’s content on social media platforms also disappeared. Since then, there have been indications of what industry experts have long suspected: Juicyfields is a scam. Investors’ money is gone.

Alan Glanse, CEO of Juicyfields until the beginning of the year, rejects any responsibility in an interview with DW. He says that in his position, he was neither responsible for the platform nor the financial side of things. “People used me,” says Glanse.

He suspects a power struggle has broken out in Juicyfields’ increasingly complex corporate network. “The old owners are fighting the new owners,” Glanse said. “And one side has decided to shut down the platform.”

The next big exit scam?

500,000 users are said to have been registered on the platform, according to Juicyfields. These come from Europe, Asia, Africa, and also Latin America.

With 50 Euros, the minimum investment was very low, the upper limit theoretically 180,000 euros. The money could be deposited and withdrawn via bank transfer or cryptocurrencies such as Bitcoin.

The payouts of the profits ran smoothly for a long time, as investors repeatedly assured DW. Many small investors boasted about their returns and often pumped even more money into the company. Some even took out loans. Juicyfields relied on social marketing, hired influencers, was omnipresent at trade fairs, and put a lot of money into advertising.

There is speculation in forums whether the Juicyfields case could become as big as the OneCoin cryptocurrency scam – initiated by Ruja Ignatova. The “crypto queen” was recently put on the list of most wanted persons by the US Federal Bureau of Investigation. The damage caused by OneCoin is said to amount to four billion dollars.

But the dimensions of the fraud at Juicyfields can only be speculated about so far. Estimates vary from tens of millions to amounts in the billions. According to media reports, a Spanish law firm representing small investors claims that more than nine billion is said to have flowed through the digital “wallets” – the crypto accounts of Juicyfields.

Similar to the OneCoin case, it appears that Juicyfields also relied at least in part on a Ponzi scheme. Deposits from new customers are used to pay out money. Parts of the so-called multi-level marketing were also used. Investors get bonuses if they can convince others of the product. Apparently, many people suspected particularly high-profit margins in the cannabis sector.

The sector is considered a growth industry since cannabis was approved as a medical product in many countries. Weed is even legal for recreational use in Canada and some US states. The German government is also planning complete legalization.

In Europe, the Spanish regulator was quick to warn against Juicyfields. The German regulator Bafin first pointed out inconsistencies in March this year. In June, it banned Juicyfields from selling any more cannabis plants on its platform in Germany.

Who is behind it?

Now it seems that investors will probably not see their money again. The mood in the numerous groups on the messenger service Telegram, in which they organize themselves, is correspondingly irritated.

Several versions of what happened are circulating on the internet: The most widespread is that of Russian backers, who are said to have planned a fraud from the beginning. In another version, parts of the leadership are suspected of having run off with the money.

We will keep you up to date as soon as we hear more.