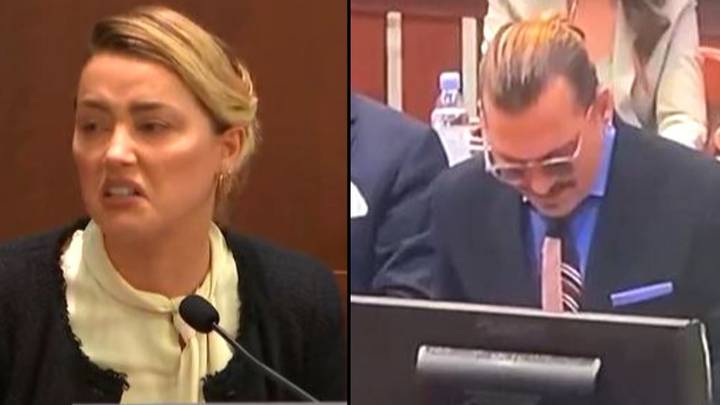 By International Highlife May 7, 2022
News

Johnny Depp was seen laughing in court as Amber Heard gave testimony claiming his breath had smelled of weed and alcohol on board a flight to Los Angeles.

The Aquaman star was asked about the flight as she began her second day of testimony in the ongoing defamation lawsuit brought against her by Depp, who accused his ex-wife of implying in a 2018 Washington Post op-ed that he had abused her.

Heard, who had boarded the plane in New York, told the court she remembered waiting on the tarmac for a long time after it landed in Boston to pick up Depp, who was parked in an SUV nearby.

When Depp got on to the plane, Heard claimed he reeked of weed and alcohol and began asking her questions and asking if she had something to tell him.

She testified: “We take off and at some point, he’s asking me what’s wrong with me, do I have something to tell him… I already know that he’s drunk, I already know he’s using.

“He reeks of weed and alcohol, I mean his breath smelled so bad and I could anticipate that there was a no-win situation here.”

Depp was looking down as Heard delivered her testimony, but after making the comment about his breath the Pirates of the Caribbean star could be seen cracking a smile and exhaling with laughter.

Heard went on to claim a lot of her involvement in arguments between herself and Depp was her ‘trying to diffuse’, before she was interrupted by an objection from a lawyer.