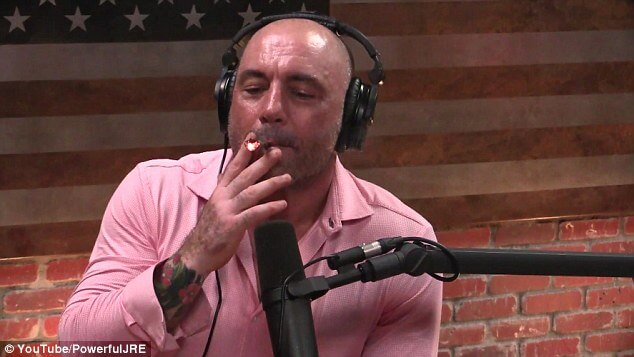 Joe Rogan, famous for his podcast and announcing fights in the UFC fights but this time he came out swinging hard against the 2020 Democratic nominee frontrunner, Joe Biden, over his stance on the possibility of weed being a “gateway drug.”

In 2010, Biden said, “I still believe it’s a gateway drug,” and “legalization is a mistake.” Over the weekend, Biden appeared at a town hall in Las Vegas, Nevada, where he was asked if he changed his stance on marijuana by an audience member.

“No, it hasn’t changed,” Biden answered, “the truth of the matter is, there has not been nearly enough evidence acquired as to whether or not it’s a gateway drug.”

Biden’s answer set Rogan off, and his Instagram post about the matter was liked by more than 440,000 people.

The people who say “marijuana is a gateway drug and it shouldn’t be legal” are really saying that they don’t believe in personal freedom, and that it is acceptable for you to be locked in a cage and have your life ruined for enjoying a plant that makes you happy. The fact that this insane way of thinking still exists in the general population is disappointing, but when you hear it come out of the mouth of someone running for president it shows how confusing these times truly are. The freedom to explore your own consciousness should be a basic human right, and anyone that denies you that freedom doesn’t deserve to be in a position of leadership. I don’t believe marijuana is for everyone, but I believe in a society where you’re free to explore what works for you and what doesn’t. We all know people who should never drink alcohol, and we all know people who can enjoy a casual drink without any problems. Life is messy. You have to figure out what works for you, and the only way you can do that is if you have the freedom to try things. Marijuana has made me a more sensitive person. It’s enhanced my feelings on the positive aspects of community, and made me more affectionate and compassionate. It’s also caused me to think and say a lot of really stupid shit and occasionally get really paranoid. It should be respected and treated with caution, but to say it should not be legal is to say that you believe our incredibly flawed legal system should be able to punish people for using a psychedelic plant that people have been enjoying for thousands of years. That is an archaic and ignorant way of thinking, and I don’t think it has any place in a polite society. It’s 2019 and it’s time for our politicians and representatives to wake the fuck up. Our prisons are filled with people convicted of non-violent drug offenses, and history will not be kind to people that support this.