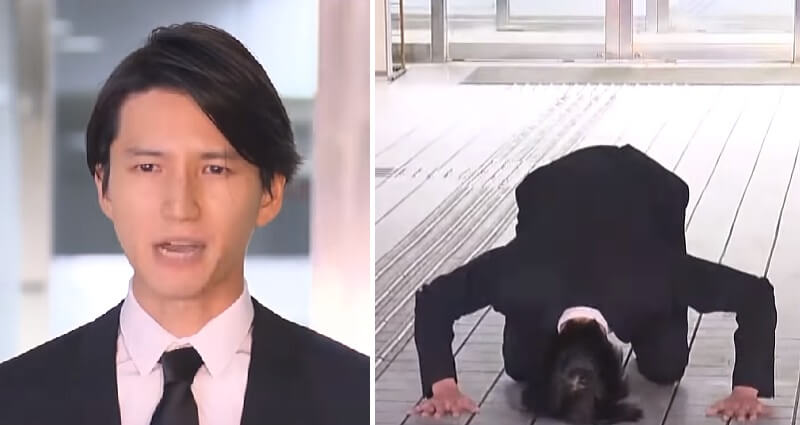 After getting released from custody because of cannabis use, a Japanese idol apologized to his fans by prostrating himself in front of a local police station.

Junnosuke Taguchi, one of the founding members of Japanese boy band KAT-TUN, was arrested last month along with his girlfriend, former actress Rena Komine, at their Tokyo condominium for violating Japan’s Cannabis Control Law.

The couple was taken into custody at the Wangan Precinct in Tokyo after the Tokyo Metropolitan Police reportedly found 2.2 grams of weed. The pair’s bail was set at three million yen ($27,669) each, SoraNews24 reports.

Earlier this month, Taguchi addressed the media with a gesture of humility after he and Komine were released from the Wangan Precinct detention center.

Dressed in a plain black suit, the 33-year-old celebrity delivered a statement in front of the crowd of reporters waiting for him outside the facility.

He then dropped to the ground, pressing his forehead to the pavement for 19 seconds.

Taguchi, who admitted to the authorities that he has been smoking weed for 10 years, committed to staying out of the spotlight following his arrest.

I have no excuse for causing this incident and distressing everyone. I apologize, from the bottom of my heart, to my fans who cheer for me every day, and to all the people involved with my career. I promise I will never again stain my hands with illegal drugs or criminal activity. For a period of time, I will be suspending my entertainment industry activities to thoroughly reform myself and make amends for my sins.

I will do all I can to live my life in a way by which I can regain your trust. I am truly sorry,”