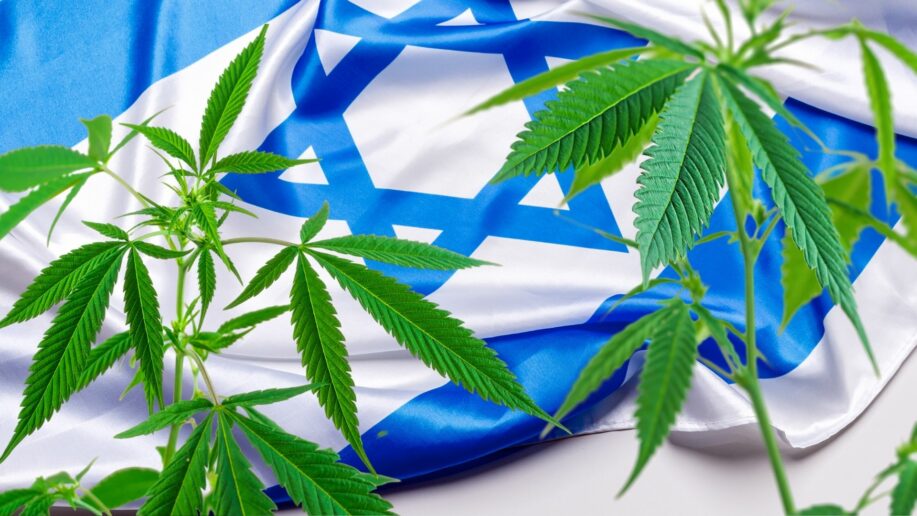 In the first six months of 2020, Israel officially surpassed Germany as the world’s biggest importer of medical marijuana, according to data compiled by Tel Aviv’s Cannabis Magazine and news site Marijuana Business Daily.

As of early June, the tiny Mediterranean country had imported around metric 4 tons (8,818 pounds) of cannabis, far outpacing Germany, which imported around three metric tons in the same time-span.

• An Israeli Hospital is Testing Cannabis as COVID-19 Treatment
• What’s Yiddish for ‘Gravity Bong’? Now You Can Check in the Yiddish Cannabis Dictionary
• Israeli Startups Team up to Create Genetically Modified Super-Weed

By July, that number hit six metric tons of sticky icky to arrive in the Holy Land.

The Israeli government allowed the export of cannabis flower in 2017, hoping to quickly become a major supplier of cannabis on the international scene. Government mismanagement and badly implemented regulations have left the local market in a horrible state, with thousands of medical patients unable to get access to their much-needed medicine.

Twenty-seven percent of Israelis say they have used cannabis in the past year, and a bill to fully legalize recreational cannabis passed the first hurdle in late June.

That development, paired with public demand for higher quality cannabis products, has likely caused the recent jump in imports.

“Ongoing import agreements suggest that even more will be imported in the second half of the year,” Lebovitch added.

Israel and Germany will likely be the only legal markets outside North America in which more than a metric ton of high-THC flower will be sold this year.

Germany, which has roughly ten times the population of Israel, will depend exclusively on imports to supply its medical cannabis market at least until the end of 2020 when domestic production is expected to finally be ready.

Patients lucky enough to get a medical cannabis prescription often can’t find a pharmacy to sell them their medicine, and even if they do, astronomical prices drive them to simply find their nearest street dealer or make a trip to neighboring Holland where prices are three times lower.

In early 2018, the Israeli government gave the green light for medical cannabis exports to Germany, but no shipment has yet reached Germany.

All in all, while this story is cause for celebration for Israeli patients, it also makes it painfully clear that the rest of the world is still far behind the US and Canada when it comes to medical (and especially recreational) cannabis.