Israel Adesanya Blames Floppy Boob On Smoking Too Much Weed 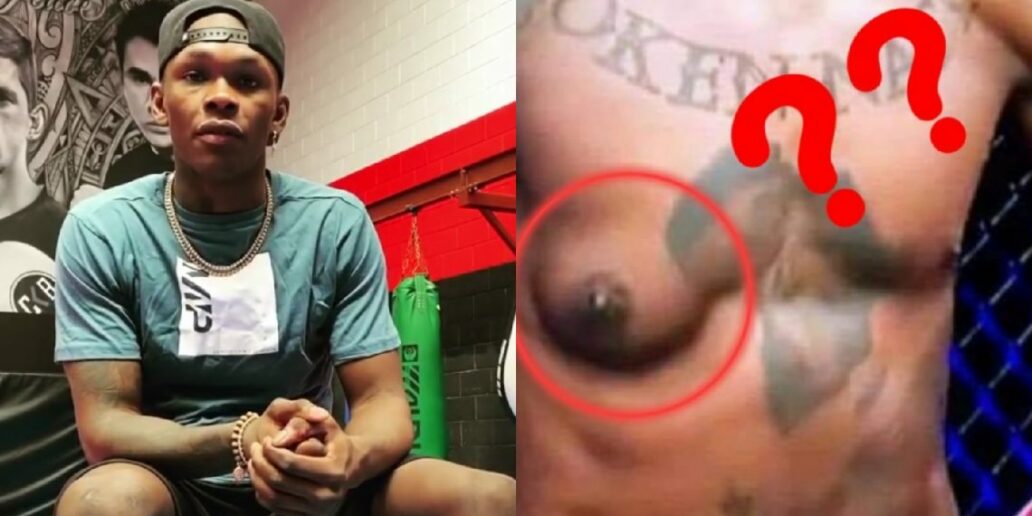 Israel Adesanya Blames Floppy Boob On Smoking Too Much Weed

Adesanya, 31, raised a few eyebrows during his UFC 253 pay-per-view (PPV) main event against Paulo Costa last September, thanks to enlarged breast tissue that had combat sports fans — and rival fighters — speculating on his condition.

My pituitary gland was checked, hormone levels are fine, so are estrogen and testosterone,

Yesterday we had an ultrasound and a mammogram, I had one for the first time. To be honest it might have been unhealthy living a little bit. Like smoking weed, that’s what the doctor from the UFC said. He said I need to stop but I said I’m not stopping, I’m just going to slow down on the smoking weed.

The 21-1 Adesanya has never failed a drug test under the UFC banner and has continued to improve with each performance.

Recent photos show that his floppy boobs haven’t disappeared yet.

Quick input from our side. Gynecomastia, otherwise known as man boobs (or moobs for short), is a condition that affects approximately 33% to 41% of men between the ages of 25 and 45.  Gynecomastia is caused by a hormone imbalance between testosterone and estrogen.

When the ratio between testosterone and estrogen tips in favor of estrogen, the body responds by creating excessive breast tissue. Hence, man boobs. As of now,  the association between smoking weed and gynecomastia hasn’t been proven, therefore it seems very unlikely that Izzy’s cannabis consumption has anything to do with his tittie.