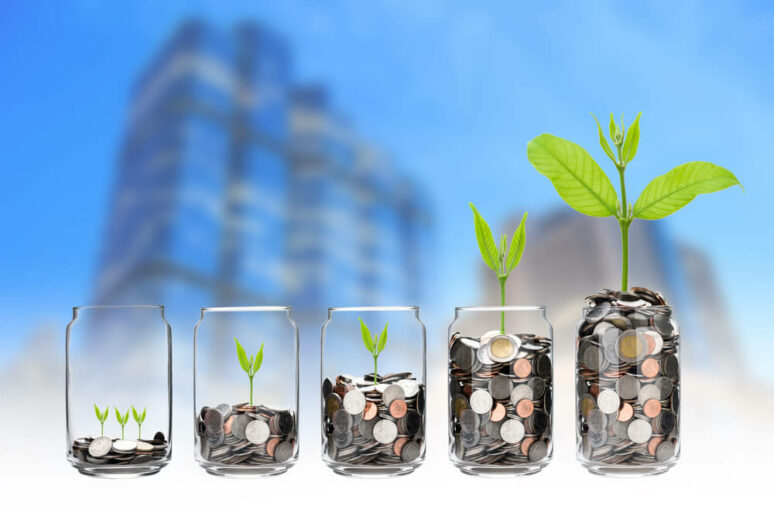 Although it might seem like a dream, investing in a marijuana mutual fund is a real and an increasingly popular investment across the country. As state-level laws change, everyone wants a piece of the pie. Everyone is looking into the cannabis stock market, not just producers and sellers.

People like you and me are wondering how we can start investing in this explosive market. Just like you might want to invest in new technology stocks, people want to know how to play with weed on the stock market.

If you haven’t noticed, the tides are slowly turning in favor of marijuana legalization across the United States. Slowly, state by state, legislatures are opening up to the idea that cannabis is a potential gold mine. Not only for medicinal purposes but as a powerful economic engine.

The statistics coming out of the legalized states are potent. On top of the tax benefits to individual states, marijuana companies are laughing all the way to the bank. A quick look at what happened in Colorado when they opened up weed says it all.

Weed Stats from the U.S

The Colorado cannabis industry crushed over 1 million dollars in sales on their first day. Colorado is the state with the longest history of legal weed sales in the country. Because of this, Colorado is a good indicator for the rest of the country.

Checking out the current economic markets of weed in the legalized states is a great way to predict the future of your home state. If Colorado can make it work, so too can other places.

Across the United States, legal weed sales produced some 6 billion dollars of revenue in 2016.  In 2016, the cannabis industry topped over 1 billion dollars in sales in Colorado alone. In 2017, the sales from the first financial quarter had risen by another 30 percent. This means they are on track to beat another record this year.

So you’ve done a bit of research and determined that the cannabis industry is a good place for your financial investment. While we wholeheartedly support this idea, don’t take our word for it. Always speak with a certified financial advisor, who can professionally guide your investment decisions.

In the meantime, perhaps you want to know just where you can read up on the cannabis stock market. Does it even exist? It sure does! However, there are no mutual funds available yet. Right now, there are only a few options including individual stocks and ETFs.

Plus, the safest investments are in Canadian companies. That’s right; most marijuana stocks are Canadian based. Why? Because despite what Colorado, Washington, and Oregon have to say, cannabis remains an illegal Schedule I Drug across America. No matter what state the company is from, it’s hard to go public when your sales are illegal at a federal level.

In Canada however, things are rapidly changing. They have always had softer laws than Americans when it comes to cannabis, but on July 1, 2018, weed will be legal for recreational consumption across the country. This means that adults in every province can buy, sell, and consume weed as much as they want.

Not surprisingly, the Canadian marijuana industry is ramping up for explosive growth in 2018. Canadian or American, let’s explore what the options are for anyone looking to invest in the cannabis industry.

As of yet, there is no such thing as a marijuana mutual fund. However, there are other options. The marketplace is still in its infancy, and investors should be a bit careful with their money as the industry goes through growing pains. One change in tax law could quickly throw the industry into a deep dive. So first things first, research and be ready for a little risk.

Often more established, the long-term growth potential of the Canadian cannabis market is unmatched in America in 2017.

Unlike some of the American investments listed below, Aurora is directly involved in the manufacturing and distribution of marijuana products. Since the date of their inception, almost three years ago today, their market shares have soared.

Another Canadian offering, which relies on a variety of core brands to build its financial standing. It also cultivates a number of specialty weed strains which are processed into capsules, oils or sold dried.

Since its inception about two years ago, Canopy Growth has nearly tripled in value, progressively climbing to the top of the market. It has received some noteworthy investments and taken part in a handful of critical acquisitions over its short life-span.

Although more limited than the offerings found to the north, there are some notable mentions when it comes to American publically traded funds.

Based out of Israel, but is a U.S. publicly traded company. Cannabics focuses on medical marijuana. In its home nation of Israel, it is actually sanctioned by the government to research all the powerful therapeutic potential of cannabis. In particular, Cannabics focuses on what cannabis can do for cancer treatment. According to Forbes magazine, it’s stock price has risen 2000 percent in the past year, and it has a market capitalization of $236 million.

This is one of the original cannabis investment firms in the United States. It started at a time when it wasn’t cool to be investing in grow ops. It consciously moved its holdings over the course of a few years from cancer-related industries.  Now Mentor Capital is almost entirely cannabis related.

Year after year it posts increased earnings. Mentor Capital focuses on investing in small-scale companies because it recognizes it’s increasingly difficult to source investment in the industry. They remain a steadfast stock option in the wild-west marketplace of cannabis investments.

One response to “Marijuana Mutual Fund – Invest in Cannabis Stocks”