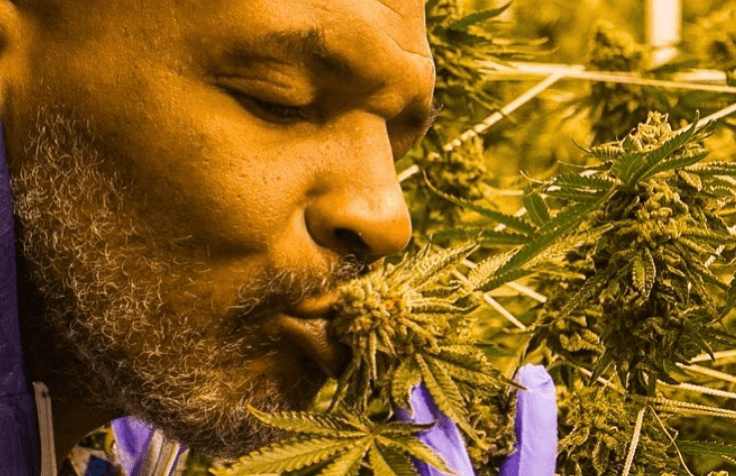 As reported by the DailyMail, the 52-year-old former world heavyweight champ created his company Tyson Holistic in 2016 and sells an array of cannabis products and everything that comes with it like rolling trays, grinders, papers and much more.

The ranch broke ground in December 2017 but is yet to be fully built. It’s designed to be a wonderland of weed with tourist attractions, a luxury hotel, glamping tents, a lazy river that will take a full hour to cross, and an amphitheater for music festivals and concerts. There will even be a Tyson University to teach cannabis-cultivation techniques to future farmers.

Visitors will be allowed to smoke weed anywhere in the resort, except for areas where alcohol is sold.

Weed will not be grown there, only sold.

“I thought about how much good I could do by helping people with cannabis. It was a no brainer,” Tyson said on Cannabis Tech Today.

The baddest cannabis on the planet

“I’ve been fighting for over 20 years, and my body has a lot of wear and tear. I had two surgeries and I used marijuana to calm my nerves, and it would take the pain away… But before, they had me on those opiates, and those opiates had me all screwed up.”

Back in February, the first music festival was held at Tyson’s ranch where Miguel and A$AP Ferg performed.

People could smoke weed with Tyson, enjoy the music and get a taste of what the future of ‘Tyson Ranch’ has in store.

Tyson’s business partner, Rob Hickman, also explained how it’s not all about smoking weed and getting high, but it’s about educating people.

“There will be testing at the university. It’s going to be about educating people on the healing benefits, how to grow, and how to be in proper business.”