Black and Like Weed? You're Still Screwed - International Highlife 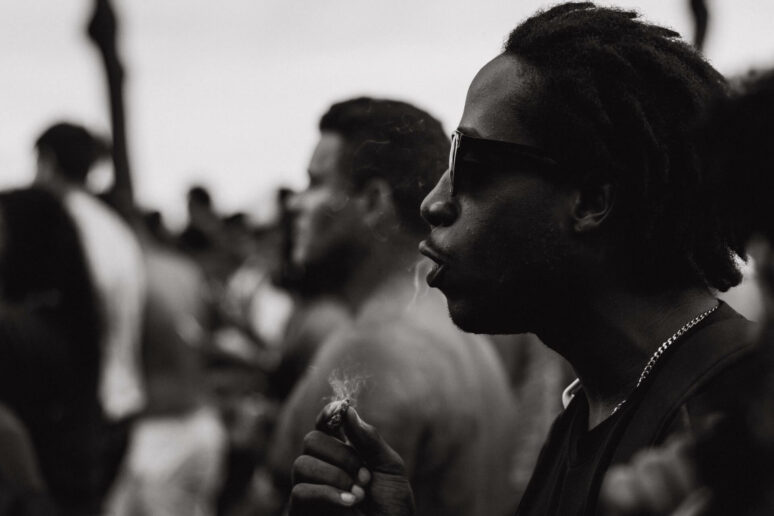 If You’re Black and Like Weed You’re Still Screwed, Even Where It’s Legal

Like dominoes, they started to fall one after the other. Colorado and Washington were the first to fully legalize marijuana in 2012, and today, nearly a dozen states have legalized both medical and recreational marijuana, and more than 20 have medical marijuana programs in place.

What would have been a pipe (bong?) dream only a generation ago is now almost taken for granted, but on the ground, has this actually made a difference when it comes to the criminal justice system?

If you are a minority – especially African-American – the rapid legalization of cannabis in America hasn’t ended the racial disparities of the War on Drugs. In fact, you are still far, far more likely to be arrested on a marijuana charge than a white American, according to a recent study by the American Civil Liberties Union.

According to the report, entitled “A Tale of Two Countries: Racially Targeted Arrests in the Era of Marijuana Reform,” marijuana arrests still make up 43 percent of all drug arrests in the United States, and nine out of ten of these arrests are for possession only. The report examines marijuana arrests from 2010 to 2018, and found that black people are 3.64 times more likely than white people to be arrested for marijuana possession and that these racial disparities in arrests “persist even in states that legalized or decriminalized marijuana.”

In addition, they found that in 31 states, racial disparities were actually larger in 2018 than they were when the ACLU published a similar report in 2010, well before a series of states began legalization or decriminalization of marijuana.

In over one-third of the states, blacks are more than four times more likely to be arrested for marijuana possession than whites. These disparities persisted in every region of the country and regardless of county household income levels, and are greater in middle income and more affluent counties.

It’s important to keep in mind that marijuana use is basically equal among both blacks and whites – at 14% of blacks and 12% of whites, according to the ACLU.

These findings are consistent with those of a report published in May, which examined 100 million traffic stops across the United States and “found evidence that the bar for searching black and Hispanic drivers was lower than that for searching white drivers,” including in areas where marijuana had been legalized.

That said, the ACLU report from April did note that there were fewer arrests between 2010 to 2018 in states that had legalized or decriminalized marijuana, where people can still get arrested for having more than a certain amount of marijuana, public consumption, selling marijuana, or possessing while underage.

While legalization has not ended racial disparities in the policing of marijuana, it can remove or at least lessen that initial flashpoint between police and civilians, which so often ends in violence.

The industry is still largely white

“If police were not radically enamored with the idea of enforcing the drug code then we could reduce engagement with the police in a negative way,” Sharone Mitchell, Jr., director of the criminal justice reform advocacy group, the Illinois Justice Project, told the Cannigma.com in a recent interview.

“So I think it’s the biggest doorway to these encounters that end so tragically,” Mitchell said.

Beyond the continued disparity in marijuana arrests, there is also the fact that minority communities are also much less likely to reap the rewards of the cannabis industry in states with legal recreational marijuana.

A report published in June by the Denver City and County Department of Excise and Licenses found that according to online survey respondents, 75% of owners of cannabis businesses are white, while Hispanic or Latino owners make up 13% of owners, and black owners represent only 6%. This is despite the fact that according to the 2017 census, 9.5% of the city’s residents are black, and 30.5% are Hispanic or Latino.

Meanwhile, a 2016 analysis carried out by Buzzfeed estimated that only 1% of the marijuana storefronts in the United States had black owners.

What’s the takeaway from all this? As much as legalization was a dream for past generations, it still hasn’t translated into wider equality in the criminal justice system – or in the boardroom.