How Long Does THC stay in Your Blood? 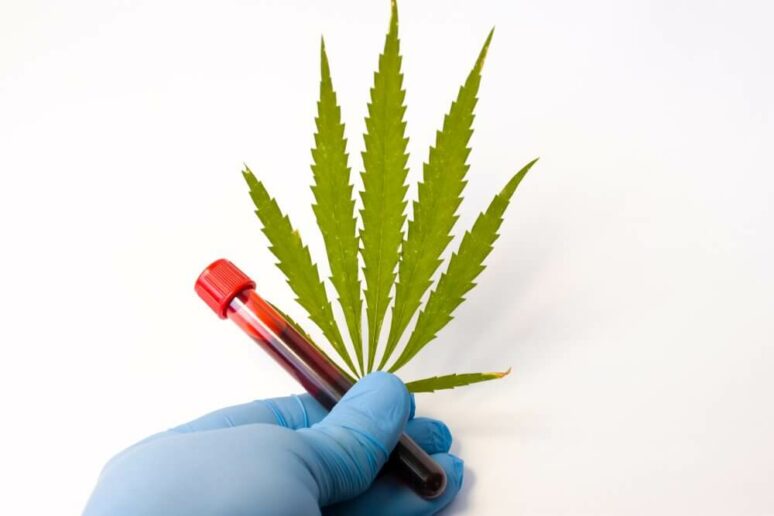 How Long Does THC stay in Your Blood?

Urine testing for weed is common practice across America and in many countries around the world. Blood testing, on the other hand, is a more serious manner. In most cases, if you have had your blood taken and tested for cannabis use, its because you’ve had a run-in with the law. For those living in legalized states, you might need to know just how long does THC stay in your blood?

Increasingly, blood tests are gaining traction as an intoxication testing tool for cannabis consumption. Just like you might receive a breathalyzer if an officer suspects you’ve been driving under the influence, you could now be asked to submit a blood test for cannabis. Despite the increase in use, the results of blood tests are still in dispute.

How Do Blood Tests Work?

Blood tests are used almost exclusively during roadside stops. If a police officer believes you are stoned out of your tree, he’ll do a few quick sobriety tests and then request a blood test. The officer himself cannot perform the analysis. Instead, a registered nurse or another medical professional will perform it.

Apon smoking weed, it takes about ten minutes for the THC to reach peak levels in the bloodstream. Afterwards, it filters out of the circulatory system through the liver. The THC molecule slowly breaks down into another substance called THC-COOH that stores itself in fat cells.

Smoking a joint, have to have a quick dab session, usually only leaves you high (and detectable) for two hours. For those who prefer to eat their cannabis, but still want to know how long does THC stay in your blood, it’s a much slower process. It can take up to two hours after oral ingestion to reach peak psychoactivity. Edibles have a longer lasting effect as they slowly digest. Sometimes it takes between six to eight hours to come down off an edible high.

How Long Does THC Stay in your Blood?

Technically speaking it might be six hours post inhalation for the THC to reach testable levels in your bloodstream, or it could take ten minutes. It depends on the person, the body, and cannabis history. For some exceptionally heavy smokers, THC might even stick around in detectable levels for a few days. Under most circumstances though, the casual smoker can expect that THC levels will drop after less than 24 hours.

There are many influencing factors on how long THC sticks around though. Blood test results are not always an accurate way to gauge intoxication. In fact, there are many inherent problems with blood testing.

The Problems with Blood Tests for Weed

Why are weed blood tests for weed so controversial? For starters, a blood test is not as simple to administer as a roadside breathalyzer. If you have been pulled over on suspicion of driving under the influence, it takes on average 165 minutes before your blood test.
Based on some studies, THC leaves your bloodstream after only two hours. A blood test might turn up negative, even if you were driving dangerously.

Also, chronic weed smokers might continue carrying around the THC metabolite in their bloodstream long after they last lit up. There are many influencing factors on how each of us processes THC. Our bodies are each unique, and every one of us will metabolize weed differently.

Another more controversial reason why blood tests are inaccurate is that cannabis consumption is very different than alcohol consumption. Drinking more booze will get you drunker, it is scientifically proven to increase blood-alcohol levels. Intoxication is directly related to alcohol consumption.

Cannabis, on the other hand, is a bit trickier. Habitual users tend to develop an extremely high tolerance. More weed does not always equal increased intoxication. Just because one person smokes a joint and gets buzzed, doesn’t mean the next person will.

Plus, what about strain? Different strains contain many combinations of cannabinoids. Some strains like sativas are considered much more functional than indicas, often referred to as “in-da-couch.” That doesn’t even get into questions over non-psychoactive compounds like CBD.

Blood and urine tests are used for different purposes. Urine tests make appearances most frequently in employer-employee relationships. Urine tests are incredibly prevalent in America, 9.1 million Americans had job-site testing via urine tests in 2014. Blood tests are more common for criminal investigations. Just like the breathalyzer test for alcohol, there is a push to use blood tests for weed consumption.

Unlike urine and hair tests, a blood test does not pick up on historical ingestion. For example, if you smoke weed once, it technically could show up positive in a hair test for upwards of three months. Urine samples also have a more extended testing capacity for THC levels. For a one time user, THC might appear in a urine sample for some days, maybe up to a week.

Under most circumstances, blood tests have a relatively short testing timeframe. Smoking weed once will quickly spike blood THC levels, but will quickly dissipate within a few hours.

Depending on how the powers-that-be test you, it could very easily lead to conflicting results. Smoke weed this week, test negative next week through a hair test. Eat a weed brownie today, test positive for a blood test tonight. Smoke a doobie now, test negative from an oral swab in a few hours. As you can see, it’s very complicated.

In most circumstances, refusing a blood test by a uniformed officer has much higher consequences than refusing a urine test at work. One could potentially put you in jail, while the other might get just get you fired.

Can you Detox Before Blood Test?

Considering you’ll be in the custody of a police officer under most circumstances, probably not. But theoretically speaking, in an ideal world, could you try to detox before a blood test? There are a few detox drinks on the market, advertised for just that purpose.

Detox drinks and cleansing kits are disreputable at the best of times, but hopefully, you’ve paid attention to a few of the details above. Most detox drinks suggest that a light THC consumer will be free of detectable THC in the bloodstream within a few days of cleansing. However, if you remember correctly, most light smokers will naturally test negative for THC in less than a day, without the detox.

While detoxing helps clean up for urine tests, they are likely a waste of money for those facing a scheduled blood drug test. The easiest way to pass a blood test is to plan accordingly. If you are a chronic daily smoker, take at least a week off. If you are a lighter consumer, a few days should do it.

5 responses to “How Long Does THC stay in Your Blood?”