How Long Does THC Stay in Your Urine? 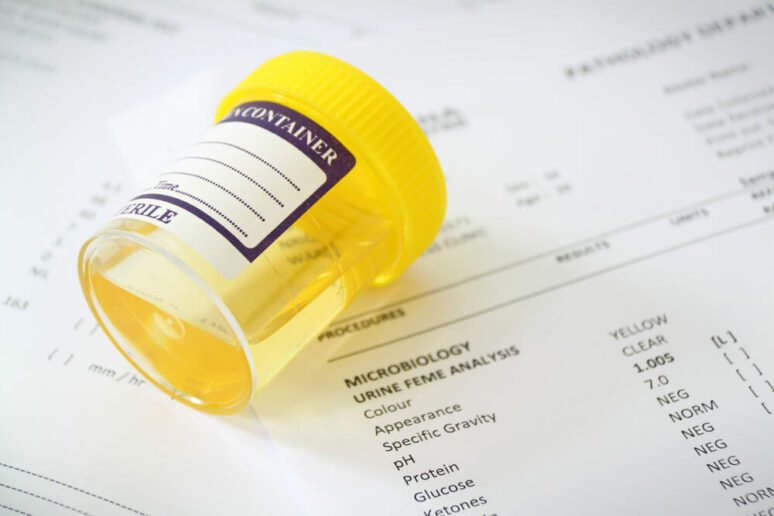 How Long Does THC Stay in Your Urine?

Just because your state allows medical or recreational cannabis it does not mean you can rock up to your next job interview with a joint hanging out of your mouth. Drug tests are still common practice. Even for those with a medical cannabis license, questions remain about THC on the job.  How long does it take to detox? Does medical cannabis count as a prescription?

Many employers still consider smoking weed a form of intoxication, on par with alcohol. After all, in the eyes of the federal government, cannabis is still a schedule I drug offense. Just because the majority of people consider marijuana better for you than alcohol and cigarettes, it doesn’t mean your new employer feels the same.

When any new job offer, comes a new set of rigorous protocols. If you happen to work for a more-serious minded employer, that just might include an initial drug test. Worse yet, it could include random on-the-job drug testing.

Why do Employers Test for Drugs?

Did you know that in 2014, America’s peed in over 9 million cups for an on the job drug test? Of those tests, less than four percent turned up any results at all. That equals roughly 350,000 positive tests, most of which were for weed with prescriptions and amphetamines as the runner-ups.

We have the Reagan era drug policies to blame for this continued practice of drug testing. In 1988, Ronald Reagan made it mandatory that all federal employees must submit to drug testing. Large national companies started to take note, and soon many companies across the country were following suit. It’s now common practice, with little evidence that it actually solves a problem.

After all, if an employee smokes weed on their own time, does that affect their job performance? Especially if someone uses marijuana medicinally, it could actually serve to improve job performance. But many companies continue to make drug testing mandatory. Which means potential employees need to know how long does THC stay in your urine?

How Long Does THC stay in Your Urine?

The answer is not necessarily a clear-cut timeframe. There are a few scientific studies on drug tests, but also many influencing factors, which we’ll get to in a second. Let’s review the science first.

A 1989 study of chronic marijuana users discovered marijuana stayed in their system for upwards of 25 days. Importantly, only one user tested positive after 14 days, while everyone else tested clean after two weeks.

The results from another study, this one from 1984, indicated that 80 percent of users tested clean after 13 days, while the remaining 20 percent took upwards of 40 days to detoxify from THC.

These studies, while older, still demonstrate that for most folks, even chronics, it can take less than two weeks to clean weed out of the system. In a more recent review of the available literature, from 2005, the researchers concluded that on average people required 30 days to test negative for THC. Some exceptions did appear in the research, but they were considered very rare occurrences.

It’s easy enough to say cannabis stays in your system for about a month, but everyone is different. For example, you might know someone that can eat a hamburger a day and never put on a pound, but that doesn’t mean you can. The same is true with cannabis consumption. There are a variety of factors which influence how long THC is detectable in your system.

After ingesting THC, it enters the bloodstream and eventually travels to your liver. The enzymes in your liver break down the THC and transform it into a substance called THC-COOH. This new substance is a metabolite, and carefully stored in fat cells. It goes without saying, that the more fat cells you have in your body, the easier it is to store THC-COOH.

Keeping down excess body fat is a great way also to keep down levels of THC-COOH. But, even someone as fit as an ultrarunner has some protective layers of fat cells in their body. Body fat is not the only influencer on THC levels.

Exercising before a drug test is all about timing. Fat cells store THC-COOH and exercise burns fat. The equation is pretty simple, exercise more, burn more fat and reduce the detectable levels of THC. This plan works great if there is a significant lead-up time to a drug test, but burning fat immediately before a drug test can actually backfire.

As you burn fat, your fat cells release any chemicals like THC-COOH back into the bloodstream. Therefore, exercising right before a drug test might actually increase the testable levels of cannabis, increasing the risk of testing positive. It’s recommended to stop working out a few days before your scheduled drug test to avoid any unnecessary spikes in THC-COOH levels.

While drinking water isn’t exactly going to remove the THC out of your system magically, it will speed up the process and dilute the testable material. Water is a crucial ingredient for flushing toxins from the body, including THC. It’s naturally detoxifying. The more water you drink, the higher the natural dilution of the urine. Even if you aren’t a scientist, you’ll still understand that the water to THC-COOH ratio will tip in your favor if you keep hydrated.

Every drug test is different, and therefore so is the accuracy and testing range. The most common cut off range for urine tests are 50 ng/ml, but they can vary greatly. Some criteria are quite strict, detectable down to 15 ng/ml, while others are more lenient, with a 100 ng/ml cut off.

Just as the testing limit varies, so too does the accuracy. Cheap and quick tests are easy to falsify with a little pre-planning. The more expensive and technical tests, using gas chromatography and mass spectrometry, is much more accurate and difficult to fake. Some suspect that the only real way to pass the more precise urine test is to switch samples.

Although the fake urine market is developing at nearly the same pace as the urine analysis industry, it’s really only useful for the cheaper variety of tests. Thankfully, most employers rely on less accurate tests because of their speed and price point.

The Future of Drug Testing

We can only hope that as medical & recreational cannabis make their way across the country, the country will witness a decline in drug testing. In the not too distant future, questions like, “How Long Does THC Stay in Your Urine” will be a thing of the past. Or at least we can hope. Employers who test for drugs should take note because the potential pool of quality employees is quickly shrinking.

One response to “How Long Does THC Stay in Your Urine?”