Hemp Plastic – What is it And How is it Made? - International Highlife 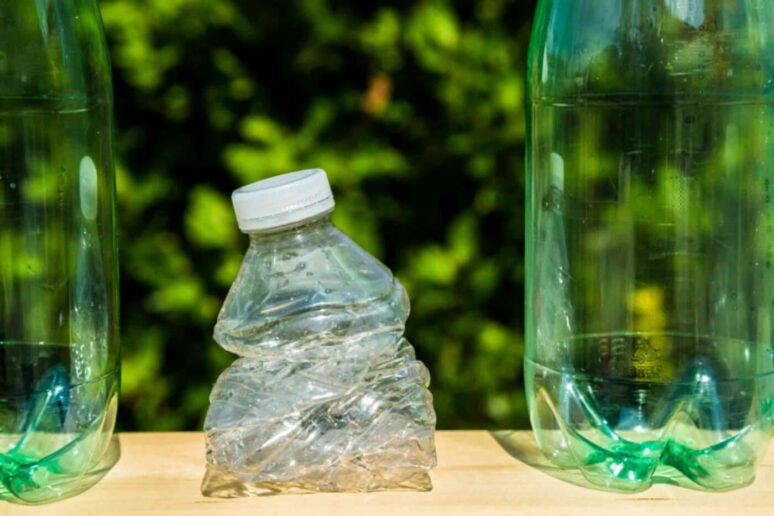 Hemp Plastic – What is it And How is it Made?

A long time ago, humans invented a malleable, pliable, utterly unique substance called plastic. Once commercially derived from fossil fuels, the plastic revolution was born. In the early 20th century, plastics increasingly become the go-to for all product development. By the 1920’s, nearly every house in the developed world was relying on plastic products for everyday use. Plastic has come a long way since those early petrochemical plastic days. Today, the world is starting to wake up to the possibilities of bioplastics, specifically hemp plastic.

Never heard of hemp plastic? You are not alone. It’s a relatively new phenomenon and joins other renewable sources of plastic such as corn, flaxseed, and wood cellulose. Interestingly, the concept of hemp plastic has been around for more than half a century. Only recently has it caught on. Didn’t you know that Henry Ford built a hemp plastic car in the 1940s?

Despite how often you might come across a corn plastic cup or a hemp piece of disposable cutlery, the reality is bioplastics still only make up a fraction of the market. According to the most recent statistics, only one percent of global plastic production is organic. That means only one percent of 320 million tons produced annually.

Even that statistic is a bit misleading, because of the 2.05 million tones produced annually, less than 50 percent of those are biodegradable. Some are only bio-based. Biobased plastics have less environmental impact during production but are not recyclable, nor biodegradable. Asia is by far the largest producer of all bioplastics, with 56 percent of the global output. The United States is second to last regarding production; it has a long way to the top.

Not surprisingly, the most significant driver of bioplastics is the demand for environmentally friendly packaging options. The number of plastic bags floating around the ocean has got even non-environmentalists nervous. The second largest application in 2017 for bioplastics is for textiles, followed closely by uses in the automotive industry and consumer goods.

Bioplastics, like hemp plastic, are good for the environment in many different ways. They obviously take far less time to break down in the environment. They also produce 30 to 80 percent fewer emissions than their fossil fuel cousins. Depending on type of production, hemp plastics are recyclable, biodegradable, and free of toxins.

How is Hemp Plastic Made?

Hemp plastic relies on a little-appreciated substance called cellulose. Cellulose is the most common organic polymer found on earth. Many people don’t realize that before fossil fuel-based plastics, there was organic based plastics. Other sources of organic cellulose that is already used to produce bioplastics are corn, wood, flax, potatoes, wood and more. All plants technically contain cellulose; some just contain enough to make it viable. Hemp plants are roughly 60 to 70 percent cellulose making them a perfect source of cellulose.

The most common forms of plastic made from hemp-based cellulose, or any organic cellulose for that matter, is rayon, celluloid, and cellophane. Cellulose is derived from whatever organic matter is in production by dissolving in alkali solutions, followed by secondary extraction method.

Under the renewed push for renewable plastics, the industry is putting hemp-based cellulose through many new experimental processes. Through technological advancements, new forms of bioplastics are available. They are harder, more durable compounds, or even exciting gel-like substances, all exciting new forms of plastic and all from hemp.

What else can you make from hemp, don’t forget about hempcrete!

The World of Hemp Plastic Products

If you can dream it, hemp plastic can make it. The possibilities are endless. Because organic cellulose fiber is so easily transformed, the potential applications range greatly. At the moment, hemp plastics are in production for the following uses:

Need it surprise you that there may be some multinational conspiracy in the petrochemical industry? Conspiracy might be too strong of word to use in the case, but oil and gas companies have extremely deep pockets. They maintain powerful lobbies throughout all levels of government, pushing for the continued expansion of the petroleum product market.

The fossil fuel industry in the United States, as of 2017, had more than 750 individual lobbyists. According to the Senate Office of Public Records, the oil and gas industry spent $125,333,216 pursuing the interests of petrochemicals.

So where does that leave the lowly old hemp industry? In America, the hemp plastic industry, as well as other bioplastic industries, is just getting starting. A hemp lobby group didn’t even exist until 2017 when the US Hemp Roundtable opened up. The total lobby expenditures for the hemp industry topped just over USD 100,000. Nothing in comparison to the fossil fuel industry.

Thankfully, the tides are changing regarding where the general population’s interests lie. As more plastic pollutants wash up on shores, more people want to find alternatives. Hemp plastic, alongside its other organic bioplastic cousins, represents an exciting environmentally friendly shift.

If you haven’t gotten your fill of all-things hemp, there is tons more to learn.