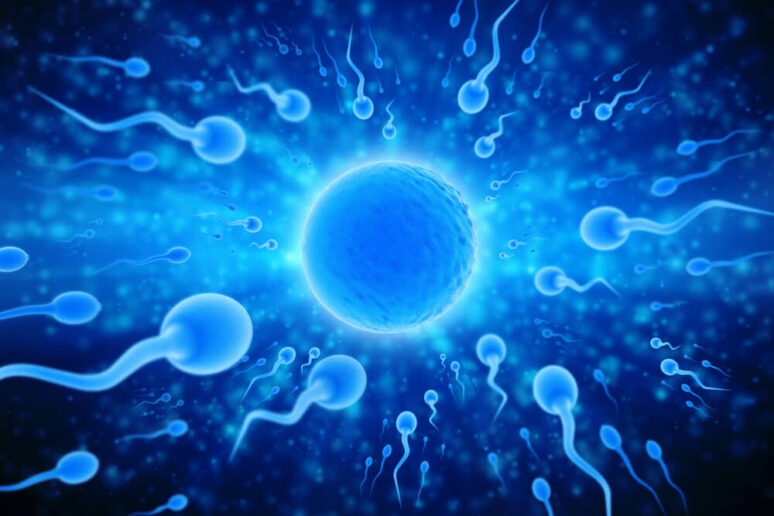 Men who smoke weed seem to have a higher sperm count than those who have never consumed cannabis. These are the surprising results of a new Harvard study.

The findings are “not consistent” with previous research, which has suggested that cannabis has a harmful effect on men’s testicular function.

The study was published today in the journal Human Reproduction.

The findings are far from conclusive, and more research is needed to understand whether smoking weed could indeed, at certain levels, have a positive effect on sperm production.

One thing is for sure, the study does highlight how little researchers know about the effects of cannabis on reproductive health, study senior author Dr. Jorge Chavarro, an associate professor of nutrition and epidemiology at the Harvard T.H. Chan School of Public Health in Boston, said in a statement.

We know a lot less than we think we know.

What Does The Study Conclude?

On average the men were 36 years old, mostly white and college educated. All of them belonged to couples seeking help with conception from a fertility clinic.

Participants were asked to fill in questionnaires detailing their history of cannabis use.

More than half (55%) of the men reported having smoked cannabis at some point. Of those, 44% said they had taken the drug in the past, and 11% classified themselves as current users.

Analysis of the semen samples showed that men who had smoked cannabis had average sperm concentrations of 62.7 million sperm per milliliter (million/mL). Those who had never smoked a joint had an average count of 45.4 million/mL.

Only 5% of cannabis users had sperm counts below 15 million/mL, the World Health Organisation’s threshold for “normal” levels, compared with 12% of men who had never smoked cannabis.

In addition, greater cannabis use was linked to higher levels of the male hormone testosterone among smokers.

Writing in the journal Human Reproduction, the scientists said it was possible that low-level exposure to cannabis might benefit sperm production in some way.

The endocannabinoid chemical messenger system in the brain, which is targeted by cannabis, is known to play a role in regulating fertility.

Dr. Feiby Nassan, another member of the Harvard team, said:

An equally plausible interpretation is that our findings could reflect the fact that men with higher testosterone levels are more likely to engage in risk-seeking behaviours, including smoking marijuana.

This view was echoed by leading British expert Allan Pacey, Professor of Andrology at the University of Sheffield.

As the authors point out, men with higher sperm concentrations are likely to have more testosterone in their bodies and thus may be more likely to smoke marijuana because simply they are willing to take more risks. In conclusion, I am not convinced that this paper moves us any further forward in this debate. Moreover, nor does it give support to any apparent fertility benefits of smoking marijuana. In my opinion, this should be avoided at all costs in any couples trying to start a family.

Alright, what’s the conclusion now? I’d say we can all agree that cannabis does not lower your sperm count. Whether smoking weed will give you a few more or not is not really essential for us I guess. In that case, blaze up! 😉