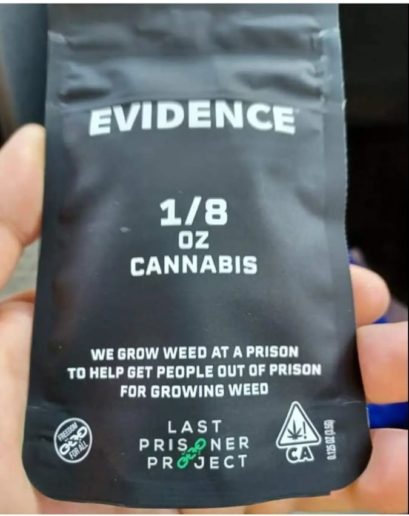 In California, the state legalized recreational cannabis in 2016. Yet, there are currently more than 40,000 prisoners incarcerated on cannabis-related charges. Many of these charges are for possessing relatively small quantities of weed, which come with disproportionately long prison sentences.

For those who have completed their sentences, potentially hundreds of thousands of California residents still have a cannabis-related criminal record. These records are publicly available and can be searched by employers, police, banks, and schools. This leaves such residents vulnerable to discrimination for something that is now legal and commonplace.

The immigrant population in California faces even greater risks from cannabis-related criminal records. These charges could subject them to deportation.

Evidence, a new cannabis brand based in California, is putting a surprising twist on this narrative. Their mission is to provide affordable, high-quality bud to consumers, focusing on social responsibility through donations to the Last Prisoner Project. This non-profit fights criminal injustice and advocates for reform in drug policy.

One dollar from every Evidence cannabis purchase goes to the Last Prisoner Project. This financial support helps efforts to release cannabis prisoners. It also supports their families during incarceration and supports former inmates as they reintegrate into everyday life.

Last Prisoner Project also advocates for the removal of cannabis crimes from criminal records to ensure that former prisoners are fully free from the harm done by unjust cannabis laws.

This production method highlights the injustice that exists today. Considering, many cannabis businesses generate wealth while tens of thousands remain behind bars for doing the same thing, pre-legalization.

The packaging of Evidence flower serves as a reminder of this injustice. Their product comes sealed in bags which they’ve replicated to look like evidence bags that you would find at a crime scene. The goal isn’t just aesthetics. Evidence also uses this branding to educate consumers about the reality of the cannabis industry. The industry is built on many years of prohibition and oppression.

Make an Impact with Evidence

By raising awareness of the current issues within the criminal justice system, Evidence cannabis is advocating for incarcerated cannabis prisoners with every sale. With availability at many dispensaries across California, their impact only continues to grow as more individuals have access to their products.