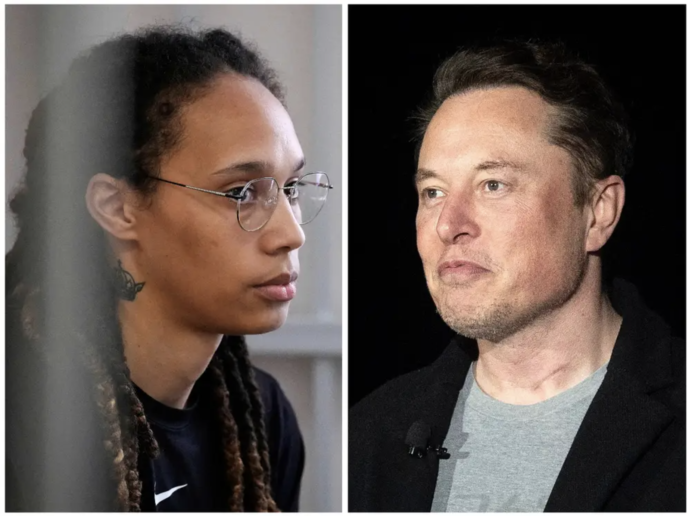 Due to claims made by Moscow airport officials that they discovered vape cartridges carrying hashish oil in her luggage, the two-time Olympic gold medallist has been detained in Russia since February.

“Perhaps let some individuals out of jail for marijuana here too?” “People in the US are in jail for pot while the government trades a Russian war criminal to free a woman’s basketball player in jail for weed,” Musk wrote in a tweet on Sunday accompanied by a meme.

According to reports from The New York Times and CNN last week, the Biden administration proposed to free Viktor Bout, a Russian arms dealer dubbed the “merchant of death,” in return for Griner and Paul Whelan, an ex-marine charged with espionage.

Maybe free some people in jail for weed here too? pic.twitter.com/AYo0ZC79lZ

We already posted this meme 3 days ago on our Facebook page.

Last Wednesday, US Secretary of State Antony Blinken stated that the US made a “serious proposal” to free the two Americans, but he did not clarify whether Bout was put up for the exchange. According to Reuters, no agreement between Russia and the US has been resolved as of yet.

Musk has previously decried how harshly marijuana-related offenses are treated by the US legal system in tweets like the one he sent on Sunday.

“In many parts of America, selling marijuana went from being a serious crime to becoming a necessary business (open during the pandemic), but many people are still behind bars. makes no sense, is incorrect, “In 2020, the Tesla CEO tweeted.

Weeks after telling The New York Times that “cannabis is not useful for productivity,” Musk was caught on camera using marijuana during a live interview on the “Joe Rogan Experience” podcast two years earlier.