Man Arrested For Weed Vending Machine Outside His House Almost Made $3,000,000 In 4 Years 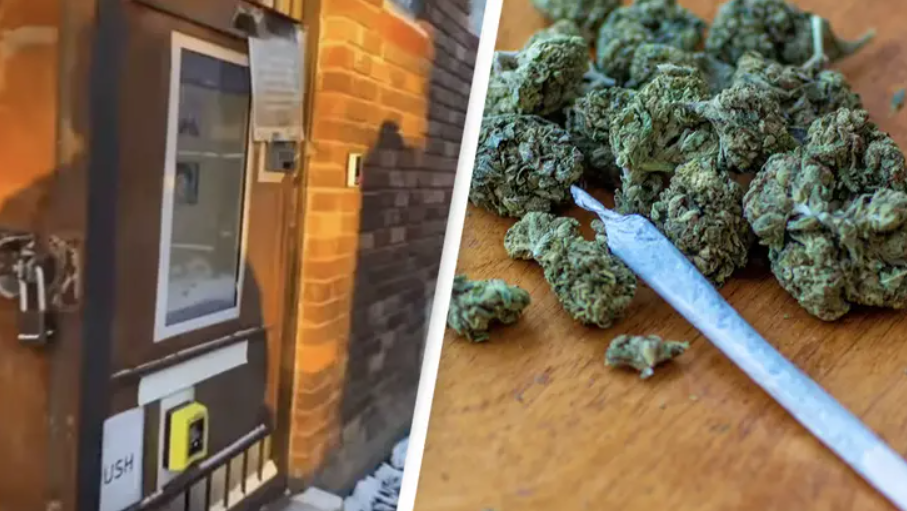 Man Arrested For Weed Vending Machine Outside His House Almost Made $3,000,000 In 4 Years

By International Highlife May 4, 2022
News

A Detroit man allegedly made $2,000 per day after setting up a cannabis vending machine outside his home.

Marcellus Cornwell was arrested after officials visited his home following a tip-off and discovered 18 guns there. He’s now being charged with being a felon in possession of a firearm and faces up to 10 years in prison, Michigan Live reports.

In January this year, officers from the Bureau of Alcohol, Tobacco, Firearms and Explosives (AFT) received a tip-off that a man was using a vending machine outside his home to sell ‘weed and pills’. The tip also claimed Cornwell had multiple firearms and sold both drugs and guns to minors.

AFT agents carried out surveillance on the house and were able to make two purchases from the vending machine.

According to court papers, ATF agents said they purchased 5.28g of suspected marijuana from the vending machine on 18 February and 4.1g on 1 March.

On 14 March, they executed a search warrant on the house and found 18 firearms, dozens of rounds of ammunition, and several kilos of suspected cannabis.

During an interview with police, Cornwell said he made around $2,000 a day from the vending machine and that it is his primary source of income.

A criminal complaint reads: “During the interview, Cornwell advised that he has resided at the Mettetal address his entire life and occupies the upstairs bedroom with the safe in front of the dresser near the bedroom door.

“Cornwell has owned and operated the marijuana vending machine attached to the residence for four years, making approximately $2,000 per day.”

It went on: “Cornwell continued to state that he makes most of his living from the marijuana vending machine.”

Cornwell, who has a lengthy list of prior convictions, told police he was a collector of firearms and was aware that he wasn’t allowed to own one.

Cornwell has been released on a $10,000 bond and has been issued with various other restrictions including a ban on operating the vending machine.

US District Magistrate Judge Jonathan J.C. Grey said: “Whether it’s snacks that you’re thinking of having installed in your home or on the side of your home with the vending machine, just don’t do it.

“This is a unique case that’s been brought to the court’s attention and the court is concerned about the ease with which you allegedly provided narcotics for others.”

He’s scheduled to go back to the district court for a preliminary examination on 19 May.

It was all over the news yesterday, you can check one of the news reports below:

4 responses to “Man Arrested For Weed Vending Machine Outside His House Almost Made $3,000,000 In 4 Years”