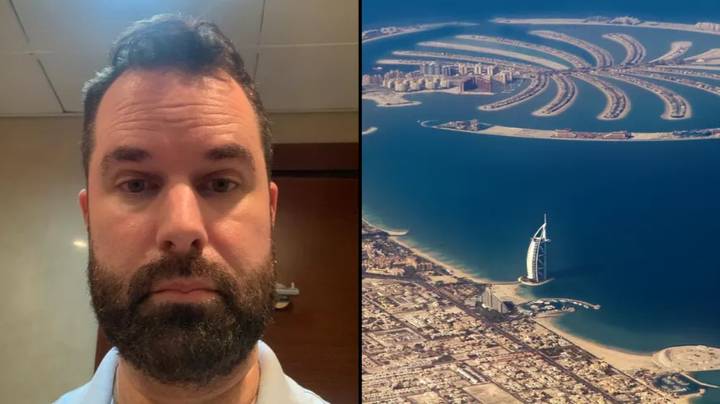 Peter Clark, from Las Vegas, flew to Dubai on 24 February, where he was due to spend a few days looking at professional recording studios.

However, he suddenly fell ill with pancreatitis and was admitted for emergency treatment at the hospital, where medics took a urine sample to test for drugs.

Finding residue traces of weed, hospital staff reported Clark to the police, with officers arriving soon after to charge him.

According to Detained in Dubai, on 3 March he was handcuffed and taken to Al Barsha police station, where he was placed in a detention cell with three other men – still unaware of why he was being detained.

Still feeling unwell after his illness, Clark was taken to the Anti-Narcotics unit and put in a cell with at least 10 other men arrested for drug possession.

A press release from Detained in Dubai says he was denied medication he’d been given by the hospital, which meant a vein in his left elbow became infected.

It wasn’t until 6 March that Clark was released and told to return to his hotel to await contact from the police, but over a month later, he is still in Dubai facing years in prison

In a statement, Clark said: “I was absolutely stunned to learn that I was being charged for having residue marijuana in my system. I smoked it legally back home, long before I ever even got on the plane.

“I knew about the country’s strict drug laws, but never for a moment did I consider that I could be thrown in prison over something I did in America.

“I tried to explain it to the police and be as cooperative as possible, but I’m just being thrown through the system. The moment I went to hospital, my time in Dubai was ruined, but I didn’t realise that was only the start of the nightmare.”

Radha Stirling, founder of Detained in Dubai – who is representing Clark – said: “The UAE’s arbitrary enforcement of laws and lack of predictable legal outcomes means that Peter potentially faces years in prison for legally smoking marijuana. Even if found innocent, he can be dragged through a slow and costly legal process.

“Visitors to Dubai who have planned for a short stay holiday can end up embroiled in a system that will easily cost them $50,000 – $100,000 in hotels and legal fees but some outcomes are even worse.

“Corrupt police informants have been used by the prosecution to upgrade possession cases to that of drug dealing, which carries a life sentence. British national and military veteran Andy Neal, was jailed for more than a year on false drug dealing allegations, before finally being exonerated after our Detained in Dubai campaign.”

Stirling added: “We’ve seen foreigners arrested for drugs taken outside of the UAE, specs of almost undetectable marijuana ‘dust’ at the bottom of belongings, a poppyseed from a bread roll consumed at the airport, pharmaceutical and prescription medicine, and even a glass of wineserved onboard Emirates airlines.

“Arresting someone for smoking marijuana in their own country, weeks before they even entered the UAE, is unfairly persecuting tourists who have behaved well within Dubai itself. The US State department needs to revise travel warnings to Americans who could end up arbitrarily detained.”