Drunk and High At The Same Time: What's a Crossfade? - International Highlife 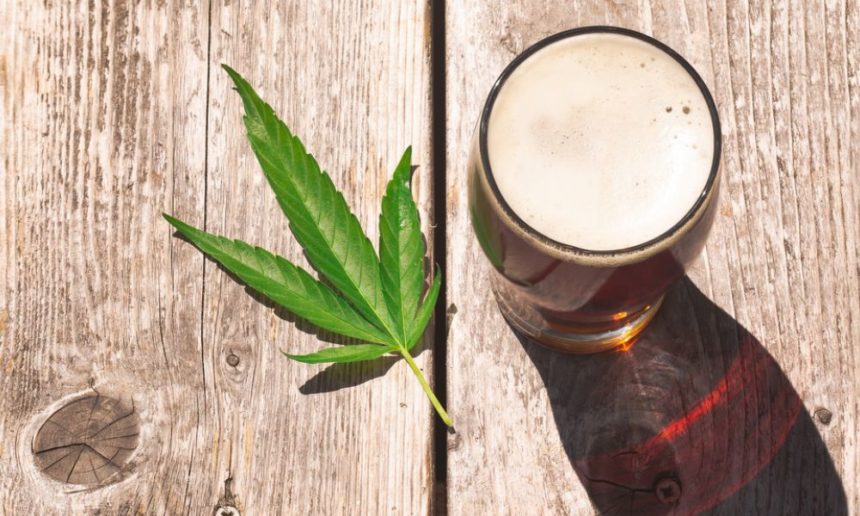 Have you ever had a few drinks, then someone passes around a joint and you suddenly feel like maybe mixing wasn’t such a great idea? If so, you have gotten crossfaded.

Being human, it’s only natural to want to feel good all the time and experiment with those things that make us feel that way.

So, let’s look at crossfading, what happens when we mix alcohol with weed, and what effect that will have on our body and our night.

What Does Crossfade Mean?

Crossfade, or getting crossfaded, is a slang term used to describe mixing alcohol and marijuana. For example, smoking a joint and then drinking beer.

Chances are you’ve done this before and haven’t labeled it. However, with marijuana now being legal in many places, it isn’t uncommon to see people smoking weed outside of bars.

Being drunk and high at the same time can be a good time. Some people enjoy it, while others try not to mix the two substances.

Crossfading is closely associated with greening out, which is when you’ve passed your THC threshold resulting in nausea, dizziness, and paranoia. If you are not careful or don’t know your limits, you’ll green out from mixing weed and alcohol.

So, why would anyone want to do it if it might make them sick?

How Does it Feel and How Long Does it Last?

Two outcomes can occur when you get crossfaded with weed and liquor. Either you have a very good time, or you have a terrible time.

But it may depend on how much you consume, your tolerance, and what substance you consume first. Thankfully, scientists have studied this in depth.

Alcohol and marijuana affect the brain in different ways. However, they both activate a node in our brains that is a part of the “reward circuit.”

The reward circuit is the same positive feeling we get from eating, socializing, or having sex. So it’s easy to see why people are getting crossfaded on purpose.

While it carries some risk of having a good time turn into a bad time, there have been suggestions that it depends on which drug you take first.

So, one thing that seems to be sure is that alcohol does increase the effects of THC. But does it matter which is consumed first?

James Giordano, a Georgetown University Medical Center professor, said, “Because there is more blood flowing to the lungs, marijuana gets absorbed faster”.

In the same article, Giordano states that smoking weed before drinking alcohol will slow the effects of alcohol, not cancel them out.

In other words, you’ll feel the buzz, but it won’t hit you all at once like weed will when consumed after alcohol.

Maybe there is some truth to the old saying, “Beer before grass puts you on your ass. Grass before beer, and you’re in the clear.”

Can you Safely Get Crossfaded?

There is some controversy when it comes to crossfading. Some people see it as wrong to be mixing substances, resulting in a negative outcome and ruining their experience.

Others believe it’s the process of enjoying the best of two drugs simultaneously and that it enhances their experience of both alcohol and marijuana.

For those wanting to try crossfading, be aware that it can get messy quickly. Unfortunately, most people’s first time crossfading does not end well.

However, if you are keen to roll the dice and try it, setting some rules will assist with a safe crossfade and, hopefully, an enjoyable experience.

The first rule is that weed comes first. As stated above, science is starting to show this is more than just an old wives’ tale. Smoke your weed first, so you don’t get hit with the high while drunk.

Always choose to smoke something gentle, perhaps something with a high ratio of CBD. You don’t need to melt yourself into the couch while chasing a buzz that will keep you social and active.

When it comes to mixing, a little can quickly feel like a lot. Remember, you are going out drinking, so think of that as doubling up. Leave the bucket bong or the fatty you rolled for a special occasion alone.

The fourth rule is more of a personal choice but makes a lot of sense: Smoke weed, don’t eat it. Edibles can be unpredictable, and we want to control our crossfade. Especially when you consider edibles can take hours to come on, you may have had far too many drinks in the mean time.

Take it easy with the drinking. If you want to enjoy the experience, don’t ruin it with too much alcohol.

An add-on to rule number five is to watch what you drink. Sending heavy IPAs down or shot after shot will not sit well. A lighter drink like vodka, soda, and lime can also help you hydrate.

Unfortunately, the process of mastering the crossfade is trial and error. Keep that in mind, don’t succumb to peer pressure, and know your limitations for both alcohol and weed.  Getting crossfaded doesn’t have to be scary, just take it slow.

5 Tips for Overcoming the Effects of Crossfade

If you find that you have taken on a bit more than you can handle when crossfading, there are some tips that will help you overcome the effects.

Water will help you combat your drunkenness and keep you hydrated. Of course, you will probably still feel a little high, but at least it will soften your inebriation.

When we have consumed too much alcohol, we can overheat, causing us to throw up. So if you are at a bar, step outside for a little bit of fresh air. Or if you’re in a house, find some cool tiles to sit on.

One of the symptoms that can come with being crossfaded is anxiety and paranoia. Take some deep, slow breaths through the nose and out the mouth. Nice and slow.

When it becomes a bit too much, maybe that’s a sign to go to bed. Head spinning may increase when you close your eyes, so just chilling to some relaxing music can also help.

5. Too Crossfaded? Know That it Is Going to be Okay

Like drinking or smoking too much, being crossfaded is not permanent. Time will pass and so will this experience.

The main thing is to keep an open mind and positive mindset when you’re crossfading. And if you think you are either too high or too drunk already, maybe leave it for next time.

To Crossfade or Not to Crossfade, That Is The Question

As you can see, like most experimental drug use, partaking in a crossfade has its positives and negatives.

If you try it, take it slow and know your limits. The goal is to have fun and create a nice buzz, not spend your night in the bathroom wondering where you went wrong.