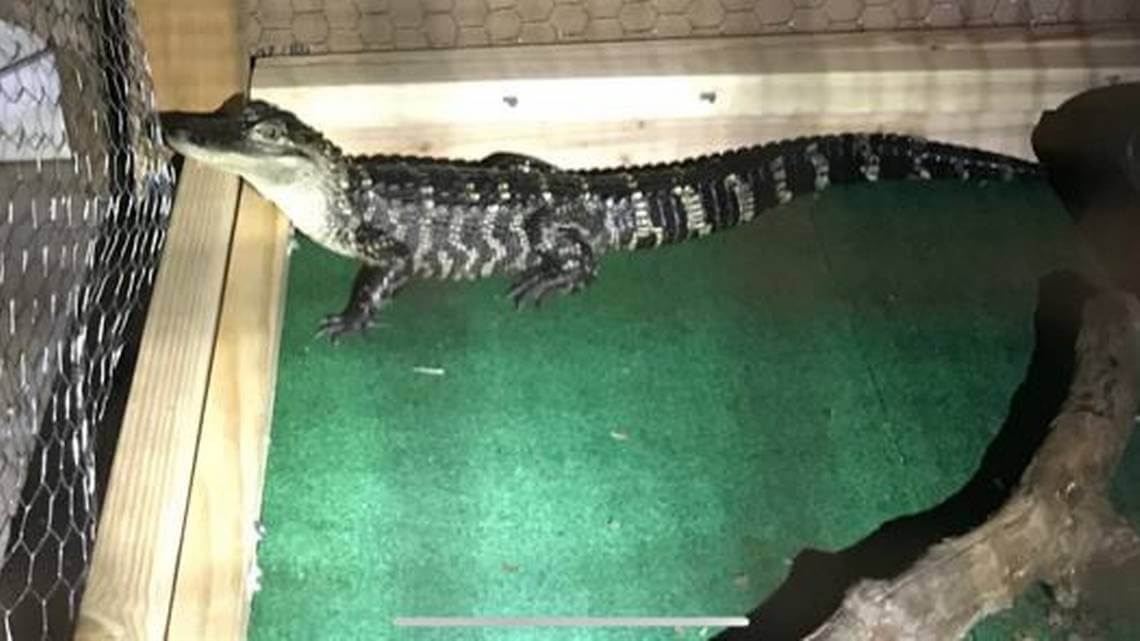 Pennsylvania prosecutors said a drug raid earlier this month revealed plenty of evidence one might expect: Crack cocaine, heroin, more than $5,000 in cash, suspected fentanyl and the tools to package drugs.

But during the Feb. 8 search, police said, they found something else in the kitchen of the home in South Coatesville that was hardly essential to an illegal drug operation. There was a three-foot alligator, which Chester County District Attorney Tom Hogan said the suspected dealers were using “to protect their drugs and cash.”

“Some drug dealers use pit bulls or snakes,” Hogan said in a news release. “These drug traffickers kept an alligator in the house.”

The three-foot alligator is being called “El Chompo” by police, WGAL reports. The accused drug dealers said the animal was a caiman, but prosecutors said it’s really an American alligator — a species that grows roughly 8 to 10 feet long. The animals can live up to 50 years in waterways from North Carolina to Texas, according to the National Zoo.

“Quite frankly, as far as we can tell with these drug dealers, the alligator may have been the brains of the operation,” Hogan said, according to WGAL.

Mexican drug lord El Chapo was recently sentenced to life behind bars at a notoriously high-security federal prison in the remote Colorado Rockies. But the drug-guarding alligator namesake can expect better treatment in captivity, authorities said: El Chompo was sent to the Brandywine Zoo in Wilmington, Delaware.

“The zoo will house the alligator as an educational animal this summer, after which time it will be taken to the St. Augustine Alligator Farm and Zoological Park … in Florida from which the Brandywine Zoo borrows alligators,” prosecutors said.