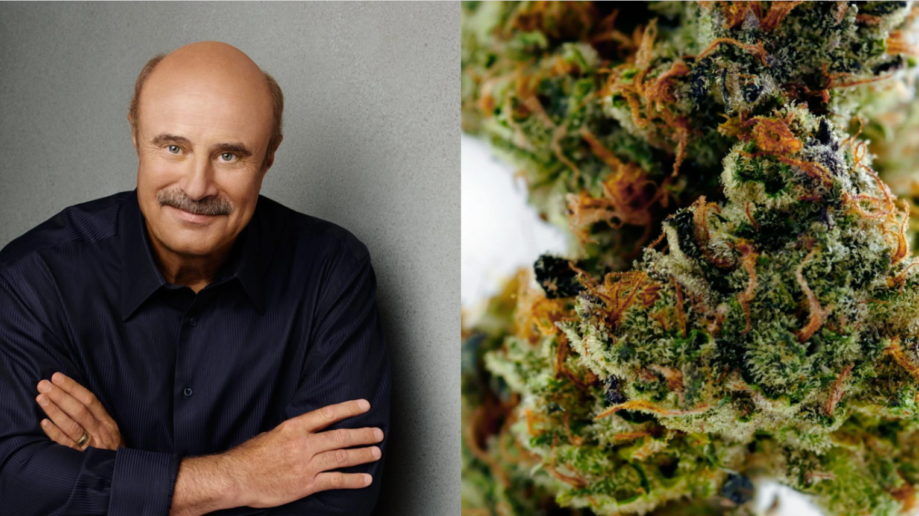 America’s favorite unlicensed psychologist thinks smoking weed will completely fry your brain. This is just one of many absurd claims he made about weed in recent years.

Phil McGraw, who hosts the show Dr. Phil where he advises guests struggling with personal issues, is not a licensed psychologist, though he has a doctorate in clinical psychology. Recently, his advice was aimed at an 11-year-old boy named JJ, whose mother describes him as violent and out of control. JJ also allegedly smokes weed.

A screencap on Dr. Phil’s website shows JJ holding a gun with (presumably?) weed smoke blowing out of his mouth. His mom told Dr. Phil he had threatened to kill her with a steak knife.

As a teaser for the episode, which aired last week, Dr. Phil released a misleading clip in which he discusses the horrors of cannabis.

Here’s a fact check of the most significant claims he made:

Claim: “Your brain grows until you’re 25, and it’s constantly changing. It’s pruning itself back when you get to be 18, 19, 20. When you smoke marijuana, it’s like opening your computer up and pouring water inside. Many things are short out, and it connects where it’s not supposed to and creates problems.”

Reality: There is evidence that brains continue to develop into a person’s 20s. But that’s about the most positive thing we can say about this statement. Dr. Phil’s computer analogy is out of touch with the evidence.

“Pouring water into a computer would destroy the computer and kill all the connections,” said Michael Verbora, a doctor with Aleafia Total Health Network, which helps Canadians access medical cannabis.

These are not the only stupid claims he made, though. Another thing he said is that it will drop your IQ even if you only smoke weed a couple of times. Check the video below to watch it yourself!