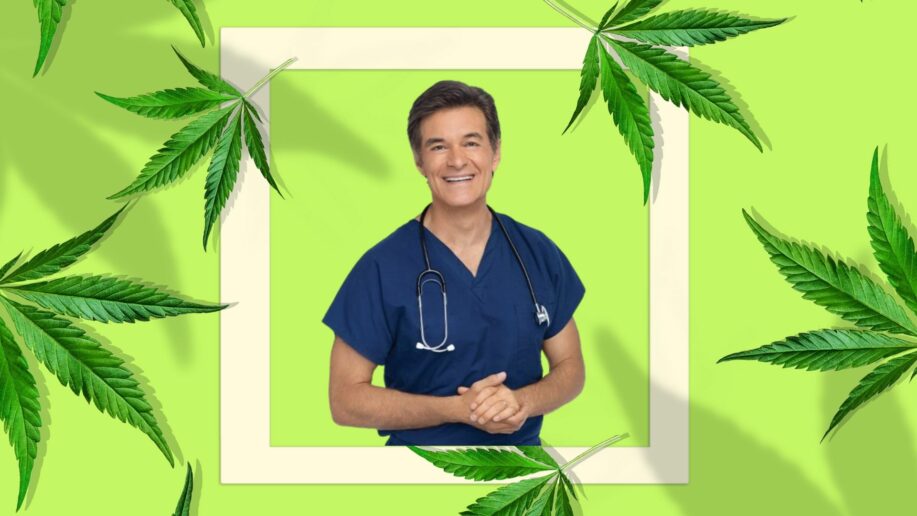 Dr. Oz Says the DEA and FDA Blame Each Other for Keeping Weed Illegal

Two major federal US government agencies are in favor of legalizing cannabis but are each claiming that the other one is the reason why we still don’t have marijuana legalization on the federal level.

In a recent Instagram interview with Fatman Scoop, famous celebrity doctor and TV host Dr. Mehmet, better known as Dr. Oz, was asked about his professional opinion on cannabis, which he called “one of the most underused tools in America.”

He then went on to say that he had spoken to officials from both the DEA and FDA, who generally share his views about the plant and support legalization.

“We ought to completely change our policy on marijuana,” the doctor told Scoop. “It absolutely works. Now I’ve seen this helping people with sleep issues, with pain issues for sure, and a lot of people who have serious medical problems getting relief—and here’s the thing, you can’t die from it. I’m unaware of any case when anyone has overdosed.”

“It’s a lot safer than alcohol. It’s safer than narcotics. It ought to be used more widely and we can’t even study it that easily because of the way it’s regulated,” Dr. Oz continued.

“You know what, I called the DEA—they said, ‘we don’t want this to be illegal. Your government ought to change that. But we got to enforce the law.’ I call the FDA that regulates the drugs, they say, ‘we think it ought to be used, but until the DEA says it’s allowed, we can’t let people prescribe it everywhere.”

The DEA has denied multiple requests to reschedule cannabis, justifying its inaction by saying that the FDA has determined that cannabis doesn’t have proven medical value and carries a risk of abuse.

It’s unclear whether the two agencies are just using each other as an excuse to continue cannabis prohibition, but it seems that change is on the horizon.

Earlier this year, the DEA and the Department of Justice announced action to further expand opportunities for scientific and medical research on marijuana in the United States.

According to the DEA announcement, “the proposed rule will result in additional registered growers and a larger, more diverse variety of marijuana available for research.”

Dr. Oz meanwhile expressed his hope that the two agencies can stop their squabbling and start helping patients in the US who could greatly benefit from medical marijuana.

“I’m hoping the federal government at some point—someone’s going to say, ‘come on, this is a farce, open it up for the entire country.’ That way, the right people can begin to prescribe it.”

“I have never smoked pot in my life, never gotten high, and I only bring that up because I’m not someone who’s saying this because I personally would use it,” he said in this latest interview. “I just as a doctor think it make sense.”