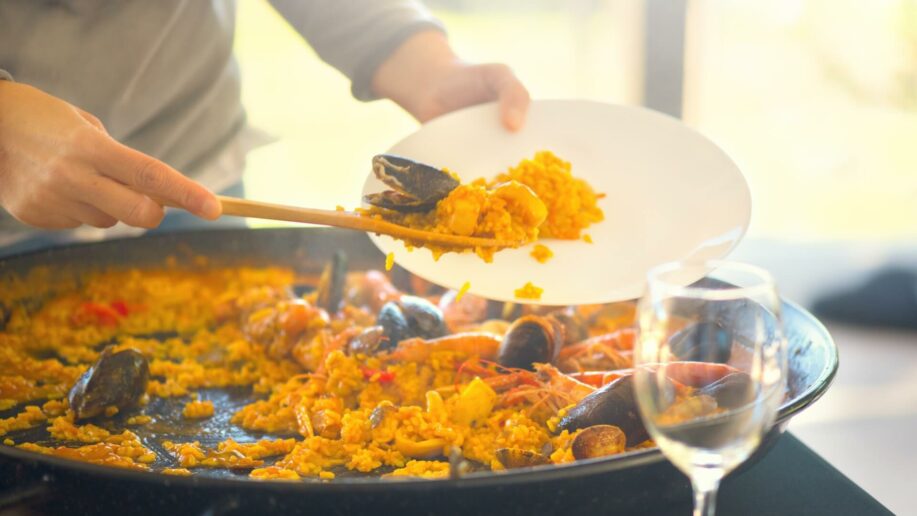 A Dozen People Were Hospitalized After Eating Weed-Laced Paella

A large group of driving students was hospitalized after reportedly consuming a “huge” amount of cannabis they claim was hidden in a paella they ate at a bar in a popular Spanish resort town.

The incident, which unfolded on January 11, started when the group was treated to an all-expenses-paid lunch by their driving school and shared a large paella lunch at the Heineken Arrecife bar on Lanzarote.

• Too High? 10 Hacks That Will Let You Sober up from Weed
• You Can Actually Buy THC-Infused Turkey Gravy
• How To: Making Homemade Marijuana Edibles

After getting back to their course, several members of the group started to feel unwell, with some getting sick while others said they felt euphoric.

Between eight to 12 people (different reports mention different numbers) were sent to the Doctor Jose Molina Orosa Hospital, where doctors tried to find out what caused their situation.

After doing blood tests on the entire group, doctors confirmed that they tested positive for cannabis.

And this is where the story gets interesting. According to local media, the entire group swears that they did not knowingly consume cannabis, which led police to suspect the paella they all shared shortly before feeling ill.

“After eating and going back to the course they were attending, they started to feel sick, some of them were also euphoric, some of them with an increased heartbeat, and they called an ambulance,” Noelia Umpierrez, Director of the Health Department of Lanzarote said, according to The Mirror.

“They were attended in the emergency room of the hospital where they said that they had not taken cannabis consciously,” he added.

Three of the students filed police complaints, which led to specialized officers and food inspectors from the Department of Public Health of the Canary Islands paying a visit to the restaurant.

After a thorough check, they weren’t able to find any weed in the kitchen or any dishes but actually found out that the bar doesn’t have a license to serve food.

On January 20, local paper La Voz de Lanzarote reported that police had arrested the cook of the bar, suspecting him of being behind the weed-laced dish. The unidentified man was released after the police took his statement, and the matter was referred to the court system.

The motivation behind the stunt still remains unclear, but getting ten people high without them knowing sounds like a pretty weird and expensive prank.

Weed-laced food is actually a pretty great way to get your high, but it’s a lot more fun when you know that you’re about to get high.

Do you have any crazy stories about you or someone else getting “accidentally” high? Let us know in the comments.