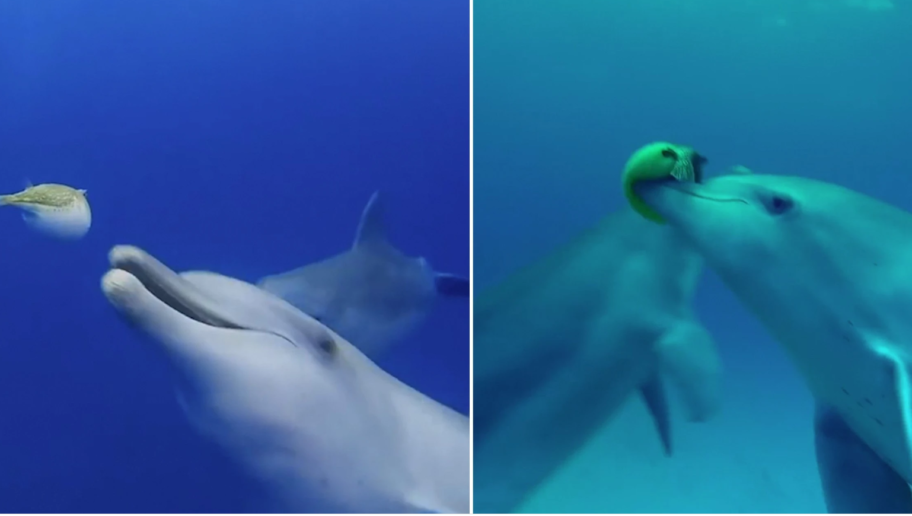 While filming a series on dolphins for BBC One (starting in 2013), award-winning documentary filmmaker John Downer learned that dolphins were acting strangely and playing with a particular sort of pufferfish to make it produce a toxin that would make them feel “high.”

Tetrodotoxin is found in puffer fish that, in small doses, can instantly kill a person. However, specialists claim that this toxin is known to have narcotic effects in dolphins when taken in modest doses. Dolphins appear to have discovered a method for regulating the amount of poison produced.

The fish were shown painstakingly nibbling on the pufferfish in the footage, then passing it around like a game of underwater volleyball while appearing to be in a trance.

With the help of spy cameras concealed as fake turtles, fish, and squid, this very unexpected aspect of dolphin behavior was documented, yielding 900 hours of footage showing dolphins acting naturally.

Downer claimed (in an interview with the Independent) that the covert cameras were made to “infiltrate the dolphin’s hidden life” by mimicking the aquatic animal they’d see daily.

In an interview with the Sunday Times, scientist Rob Pilley, who was also a part of the video, described what the dolphins were doing: “This was an instance of juvenile dolphins purposefully experimenting with something we know to be intoxicating. They behaved strangely, hovering around with their noses at the surface as if attracted by their own reflection, after softly chewing the puffer and sharing it around.

He continued, “Especially the way they lingered there in a fog afterward, it reminded us of that trend a few years back when people started eating toads to get a buzz. The sight was astounding in every way.

View the dolphins soar below: 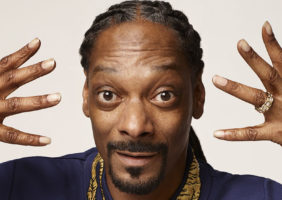 Snoop: How He Remembers His Passwords Despite His Massive Weed Consumption