Does Vaping Cause Popcorn Lung? We have the Answer! 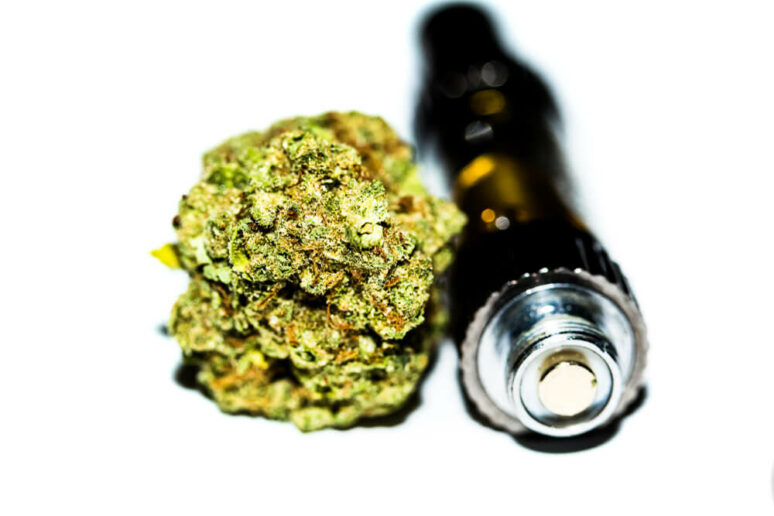 Does Vaping Cause Popcorn Lung?

The rise in popularity of the vape-pen and e-cigarette market is largely unregulated. Vape shops have been popping up in down-and-out shopping malls around the country, and around the world over the last five years. The popularity of vaping quickly spread to cannabis products as well, with countless medical marijuana brands now selling vape pens containing THC. But is vaping any safer than smoking? A quick google search about the risks of vaping soon return thousands of sites suggesting that vaping increases your risk of popcorn lung. Is this true?

Popcorn lung is the informal name of a severe illness called bronchiolitis obliterans. As the story goes, the disease was identified when employees at a microwave popcorn factory fell ill with serious breathing problems. After much investigation, doctors concluded there was a direct link between a well known and popular flavor additive and this very serious disease.

Diacetyl was everywhere, added to products like microwave popcorn, coffee flavorings, candies and baked goods. It boosts the butter, vanilla and caramel flavors in food products, and until recently was thought safe to ingest. Unfortunately for the workers in facilities handling large amounts of it, it also dramatically increases their risk of developing popcorn lung.

Despite the fact that diacetyl is no longer acceptable as a chemical food flavor, it hasn’t stopped the vape industry from adding it to their e-cigarette products. You’d think they’d be concerned with any repercussions, considering as recently as 2015, $2.6 million was paid out to one single man exposed to diacetyl at work. But, the vape pen market remains largely unregulated, and as such these companies are free to operate without oversight.

The Signs and Symptoms of Popcorn Lung

Through continued exposure to this dangerous chemical, the smallest airways begin to close up through increased inflammation. Often people might not initially make the connection between toxic exposure to diacetyl and their progressive development of symptoms. Usually, symptoms take up to eight weeks to develop.

The most common symptoms are a dry cough, wheezing, shortness of breath and fatigue. Without a chest X-ray, it’s difficult to diagnose, meaning most people suffer in silence for much longer than necessary.

Diacetyl isn’t the only cause of the illness, bone marrow and lung transplant patients are at significant risk of developing popcorn lung as well. Also, respiratory infections and connective tissue disorder.

What’s the Deal with Vaping?

Vaping is an inclusive term used to describe many different forms of smoking alternatives. Vaping originated with the old school Volcano vaporizer, which for those that don’t remember was a stationary weed appliance which heated weed up to a specific temperature. Without out smoke, the heat expressed cannabinoids, including THC and CBD, and filled a plastic bag like a balloon. The bag was passed around like a joint but considered much healthier because no smoke was involved.

While the idea of smoking marijuana without any actual smoke was a novel one, the machinery was clunky. You couldn’t exactly lug around the volcano from party to office to bedroom. For most people, the Volcano just became a stationary living room appliance. Over time, the vaping technology spread to other smoke industries, including the cigarette market.

Smoking cigarettes are incredibly addictive because of the nicotine, but also extremely harmful because of the additives in the cigarettes. The cigarette industry latched onto this idea of a ‘healthier’ yet smokable cigarette. Vaping offered them a way to market a healthier, yet still addictive product: the e-cigarette.

Vape pens took the Volcano technology to the streets; now you could bring your vaporizer everywhere you went! Although we all recognize the plume of smoke released after inhale, what many people don’t realize it’s actually just water vapor. Vape pens usually contain nicotine, but they can also include cannabis extracts or just flavorings.

The e-juice, as its known, includes an unlimited arrangement of chemical additives as well as base liquids which facilitate the vaporization process. Now the cannabis industry is back into vaping, merging old technologies with new flavorings and chemicals from the e-cigarette industry.

Is There a Problem With All Vaping?

Using the traditional vaporization technology, which essentially just heats up the natural cannabis flower, might be the healthiest direct way to inhale weed. The heat vaporizes the tiny water molecules, transforms the cannabinoids into readily metabolized compounds, and all without smoke.

Unfortunately, the new technology, relying on chemicals, is remarkably problematic. Nobody really knows the full health risks associated with many of these chemicals. Even when there is a comprehensive understanding of the dangers, as is the case with diacetyl, companies continue to include them among the laundry list of chemical ingredients.

Just How Dangerous is Vaping?

Recently Harvard University uncovered just how prevalent toxic chemical additives are in most e-vape juices. The study concluded that 39 out of 51 cigarette brands, that’s 76 percent, contained diacetyl. Considering how popular e-cigs and vape pens have become, how many people will develop popcorn lung from vaping?

On top of the issues with diacetyl, other known dangerous chemicals are lurking in e-juice including 2,3 pentanedione and acetoin. The study concluded that 92 percent of all vape brands tested contained one of the three hazardous toxins.

Thankfully anyone vaping cannabis solutions can rest a little easier, as cannabis pens typically don’t contain the most harmful compounds like diacetyl. That doesn’t mean you can simply ignore the other ingredients though. The reality is that nobody understands the long-term health issues of any of the carrier liquids.

Are Their Any Other Dangerous E-juices?

Most e-cigs are manufactured in China, imported into the US, and sold without any regulatory control. This means most companies can formulate their own e-juice recipes without the rigorous testing required for similar products. Without the government oversight, companies are left to include cheap and dangerous chemicals with unknown side effects.

You can find some of the below chemicals in conventional e-cigarettes, others more often in cannabis vape juices. Take the time to read the label before vaping, to confirm you are not putting yourself at risk for future disease and illness.

Notably, there are no published studies about the long-term health effects of any kind of vaping, cannabis or otherwise. These are currently underway, but consider how long it took the world to realize that cigarettes were bad for health. What that means for vapers in the meantime is that nobody knows what long-term direct exposure to these mystery chemicals does to your health.

One response to “Does Vaping Cause Popcorn Lung?”