Home » Health » Does Cannabis Really Affect Your Dreams Or Is It Just A Myth?

Does Cannabis Really Affect Your Dreams Or Is It Just A Myth? 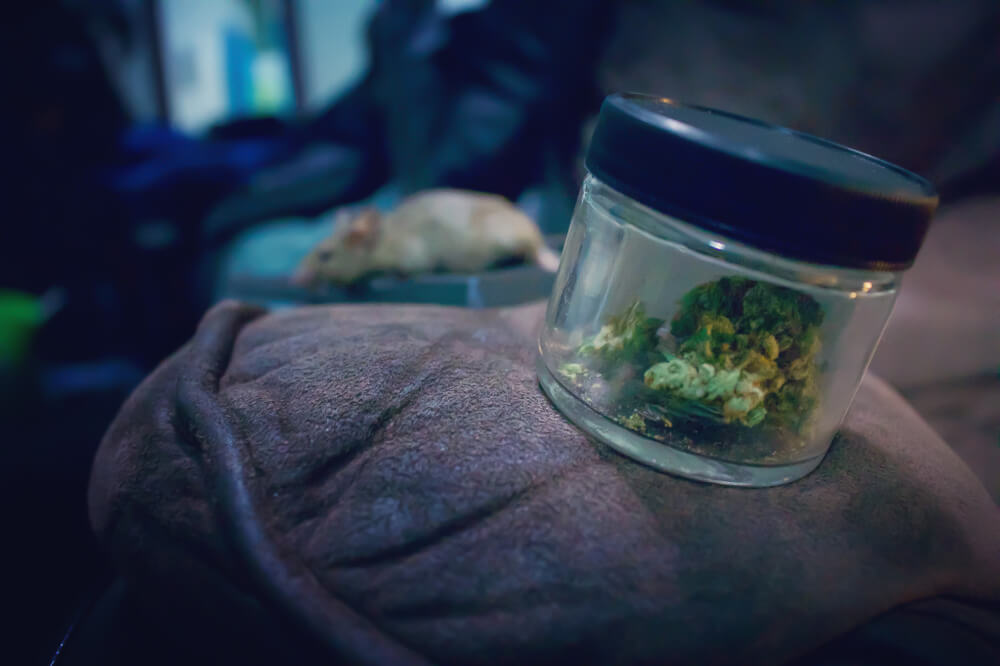 It’s a fact that many people use cannabis to deal with their sleep problems. They find that it helps them have a better, longer, and more restful sleep.

Surprisingly, they also experience less vivid dreams when they smoke cannabis. But how can smoking cannabis prevent dreams, and what is its clinical significance? Before we can answer these questions, we have to look at some facts.

The Stages of Sleep

There are four stages of sleep; the first three stages belong to the non-REM sleep, and the last stage is the REM sleep. We have about four to five cycles of these phases each night.

The first stage lasts for about 10 minutes. It prepares you for the second stage. Your muscles relax, and your thought process slows down, but any stimulus can easily wake you up.

The second stage is called light sleep. Your muscles are even more relaxed, and your pulse rate and breathing slow down as your body prepares for deep sleep.

The third stage is deep sleep. It is at this stage that your body takes the time to heal and repair itself. There are no dreams in this stage, and it would be quite tricky to rouse you when you’re in a deep sleep.

The fourth stage is the REM (rapid eye movement) sleep. This stage prepares your body to wake up. When you do so, the brain becomes more active, and your breathing and pulse rate starts to pick up. It is also at this stage that dreams occur, some of them so intense and vivid that you can easily recall them when you awaken.

Cannabis can interrupt the normal sleep cycle by suppressing REM sleep. By decreasing your REM sleep, you get to stay longer in the deep-sleep stage and have a better, more comfortable rest. Because your deep-sleep phase is longer than average, you also experience fewer dreams.

So how does cannabis prevent dreams? It’s unclear exactly how, but one study done in 1975 showed that a high dosage of THC was able to decrease rapid eye movements during sleep significantly. Decreased eye movements, in turn, led to reduced REM sleep duration. ECG readings did record these findings.

However, the same study also showed that cannabis discontinuation led to a phenomenon called “rebound effect.” This means an increase in REM activities and more sleep problems.

There exist numerous studies on the effect of cannabis on sleep, and anecdotal stories have supported the fact that cannabis gave them better sleep and reduced the number of dreams.

One noteworthy study, in particular, demonstrated how cannabidiol, the nonpsychoactive compound in cannabis, can help Parkinson’s Disease patients who are suffering from REM sleep behavior disorder or RBD.

RBD, the exact cause of which is unknown, is a type of sleep problem common in people suffering from degenerative neurological disorders, including Parkinson’s Disease. It is characterized by vivid, often violent, nightmares wherein the patient physically acts out whatever it was that’s happening in his dreams.

CBD, according to the study, was able to reduce the symptoms of RBD. The participants reported a decreased frequency in their RBD symptoms (punching, pushing, kicking, yelling, swearing, etc.) after CBD administration.

A study on oral THC and PTSD also supported this finding. The participants reported a significant improvement not only in their PTSD symptoms and sleep quality but also a reduction in the frequency of their nightmares.

Sleep is essential, particularly the deep-sleep stage. Without it, our cells won’t be given the time they need to recover and repair from injuries. But many factors prevent us from having a restful sleep – chronic diseases, sleep disorders like insomnia and RBD, nightmares from PTSD. Sleep deprivation can take a toll on our health and worsen any medical condition we may have.

Cannabis, as proven in these studies, does affect sleep and dreams. It can enhance the deep-sleep stage by decreasing REM activities and REM sleep duration; and in doing so, also suppress the development of dreams and nightmares. Because of this effect, cannabis can make a perfect alternative therapy for people with sleep problems.

The facts are pretty simple: People who consume cannabis tend to suppress REM sleep; therefore they have less REM sleep. When you have less REM sleep, you’re also going to have fewer dreams because, as explained, dreams only happen during REM sleep. So, for a long time people didn’t recognize this, but once you stop consuming cannabis, there can be a rebound phenomenon where you might experience quite vivid dreams.

Will Cannabis Soon Have Molecular ‘Tags’ to Trace Its Origins?