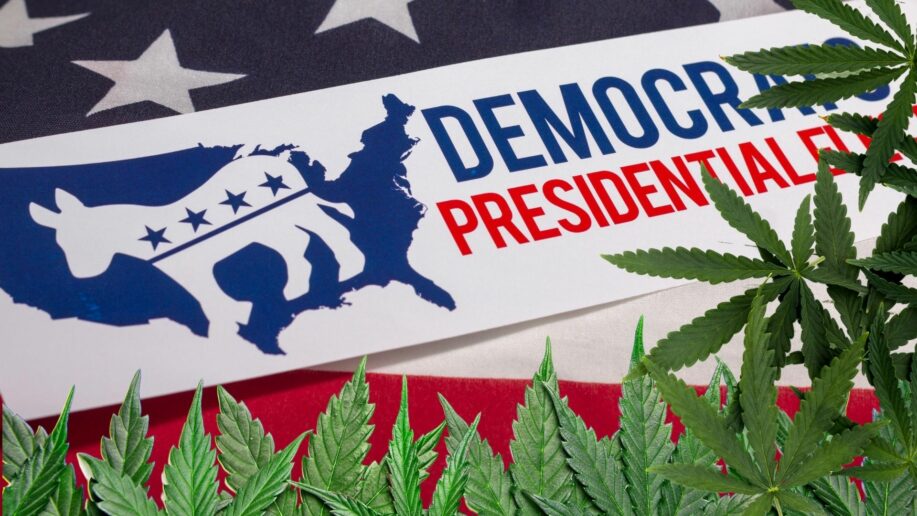 Full federal legalization of marijuana will not be part of the Democratic party’s platform after Democratic National Committee delegates voted 105-60 against the amendment on Monday.

Even without the inclusion of federal legalization, a draft version of the DNC’s policy platform includes decriminalization of marijuana, full legalization of medical marijuana, and a provision to allow states to determine their own policies regarding recreational use.

“Democrats will decriminalize marijuana use and reschedule it through executive action on the federal level. We will support legalization of medical marijuana, and believe states should be able to make their own decisions about recreational use. The Justice Department should not launch federal prosecutions of conduct that are legal at the state level.”

It also states that “all past criminal convictions for cannabis use should be automatically expunged. And rather than involving the criminal justice system, Democrats support increased use of drug courts, harm reduction interventions, and treatment diversion programs for those struggling with substance use disorders.”

This is the same wording included in a section of the Biden-Sanders Unity Task Force recommendations released earlier this month.

During the remotely-held DNC platform committee vote on the platform, a number of delegates spoke out in favor of federal legalization, including Dennis Obduskey, who introduced the amendment and stated that “We cannot ignore the fact that the current marijuana criminalization policy has in too many cases been used to target people of color,” adding that “they are unfairly and disproportionately six times more likely to be arrested than other citizens.”

Earlier this week, Marijuana Moment reported that congressional sources said they expect a floor vote on the Marijuana Opportunity, Reinvestment and Expungement (MORE) Act in September. If approved, the MORE Act would remove cannabis from the Controlled Substances Act, which would decriminalize it at the federal level.

This would have a wide range of effects, including allowing the Small Business Administration to help entrepreneurs and businesses to get into the cannabis industry and allow the Veterans Administration doctors to recommend cannabis to veterans.

This is in addition to the expungement of prior marijuana convictions and the imposition of a five percent tax on legal cannabis revenue for use in helping communities that were most affected by the drug war.

A house vote would still need to be approved by the Republican-controlled Senate to become law.

Earlier this month, Massachusetts Senator Ed Markey said that if Democrats take the Senate in November, they will move quickly to legalize cannabis on the federal level.

Markey said, “we’ll move very quickly in January to change these laws to make sure there are national protections which are put in place, but unfortunately [President Donald] Trump controls the discretionary use of this personnel, and they’re kinda committed to keeping this crazy non scientifically based analysis of marijuana front and center.”

While Presumptive Democratic Presidential Candidate Joe Biden has been less than enthusiastic about the prospect of federal cannabis legalization, in May, he unveiled a social justice plan that includes the decriminalization of cannabis, an end to incarceration for drug use, and the expungement of all criminal records for prior cannabis convictions.

It also includes economic, educational, voting rights, environmental, and health initiatives to help the African American community and details plans to end incarceration for drug use, reduce the number of people in prisons, and “[reinvest] those savings in communities affected by mass incarceration, and addressing systemic misconduct in police departments and prosecutors’ offices.”