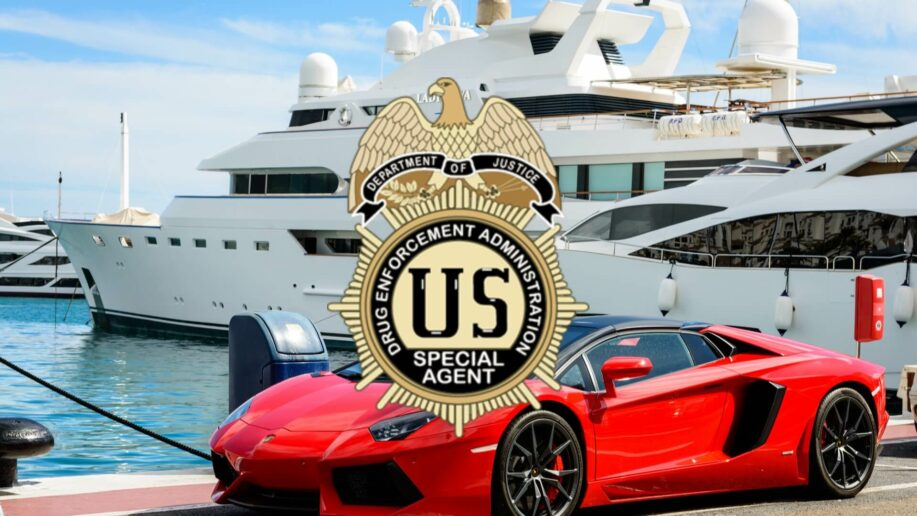 In a shocking development for anyone who has not watched a single movie about drug trafficking in South America, a DEA agent known for spending money on “luxury cars and Tiffany jewelry,” was arrested last week and faces charges of laundering millions of dollars in drug trafficking proceeds.

According to the 35-page indictment, Jose Irizarry, 46, and his wife Nathalia Gomez-Irizarry, 36 were arrested at their home near San Jose, Puerto Rico on Friday and are facing a 19-count federal indictment that accuses the agent of “secretly using his position and his special access to information,” to help his drug trafficker co-conspirators launder millions of dollars in drug money.

• DEA chief: “Marijuana is not medicine”

The Miami Herald referred to the case as “one of the biggest black eyes in the history of the DEA.”

The indictment alleges that Irizarry had two main co-conspirators — a Colombian public official and the head of a drug trafficking and money laundering organization (not the same person). The drug boss was also named the godfather of the Irizarry’s children in 2015 (Mazel Tov!).

The Associated Press first broke the story last January, when they reported that the “once standout Drug Enforcement Administration agent” (he doesn’t stand out even more now? What’s happening at the DEA?) was accused of conspiring with a DEA informant to launder more than $7 million in drug proceeds, often by way of the underground network known as the black-market peso exchange.

According to the AP report, the allegations “have sent shockwaves through the DEA” and have put the agency’s Colombia field office under tight scrutiny.

In hindsight, there may have been some warning signs. In 2010, Irizarry declared bankruptcy with debts of nearly $500,000, or about 20 kilos of cocaine in the US, give or take. He was still allowed to handle financial transactions as part of his law enforcement work, and before he was even hired by the DEA, he failed a polygraph test. (Worth noting that the author of this article was turned down for a wait staff job at a Bahama Breeze restaurant in 1998 for failing a personality test)!

The original AP report said that Irizarry and his co-conspirator, Gustavo Yabrudi, opened a bank account to deposit drug proceeds for repatriation to Colombia. Investigators said that Irizarry fabricated DEA seizure orders and bank letters as a means of pocketing the money. The drug proceeds were also often used to purchase electronics and textiles, which were resold in Colombia to launder the money.

Much of the money he pocketed by falsifying records was intended for his drug dealer co-conspirators, meaning that he may be much safer in DEA custody.

There isn’t any scientific research behind this, but perhaps Irizarry could have flown under the radar a bit longer if he hadn’t “hosted raucous yacht parties with bikini-clad prostitutes,” or at least, if you’re going to do that, don’t invite other agents — and your supervisor! — to the party.

The Associated Press reported that these parties were held even though the DEA “banned such gatherings in the wake of the 2015 ‘sex parties’ scandal in Colombia.”

Which raises the question – prior to 2015, did the DEA not have a rule against sex parties in Colombia?

There’s also the matter of the 2017 Lamborghini Huracan Spyder, properties in Puerto Rico, and one Tiffany diamond ring that prosecutors are seeking to forfeit, according to the Miami Herald.

Which raises yet another question – how did he get away with this for seven years?

In the meantime, if you are a dirty DEA agent at the Colombia field office, trade the Lambo for a Prius.