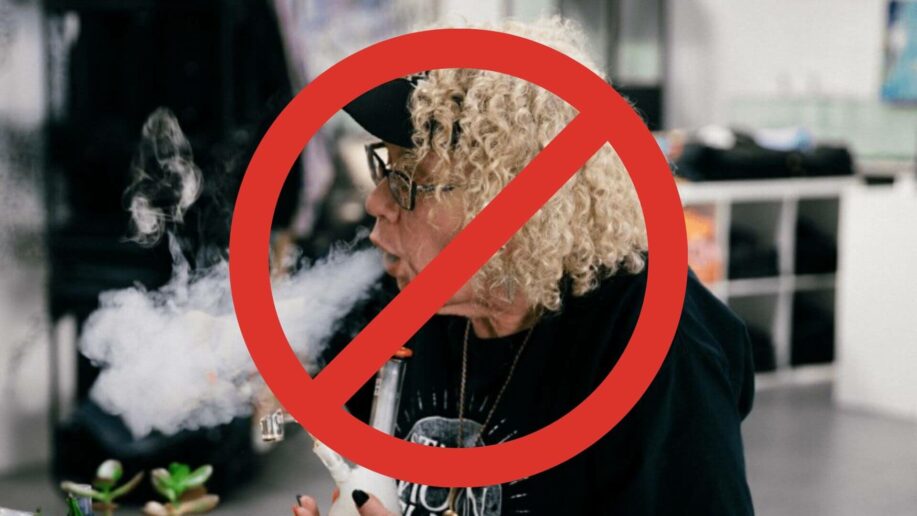 Gail Olsen, better known as the Dabbing Granny, can’t seem to stay out of the headlines — but for all the wrong reasons.

As of Friday morning, her official Instagram account @dabbing_granny has disappeared from the social network. Olsen still has control over a backup channel @dabbinggranny_, but that account has significantly fewer followers than her main account had and is currently set to private.

While it’s still unclear whether Instagram deleted her main account or if she removed it herself, it seems far more likely that Instagram finally took the necessary steps after Olsen jumped headfirst into two racism scandals within just two months.

In late May, Dabbing Granny got herself into hot water for the first time when during a live stream on her Instagram account, she dropped the n-word with a super-hard ‘r’ while retelling an interaction between her daughter and some unnamed person.

The obvious outrage didn’t take long to arrive, and shortly after, Olson posted an “apology” video in which she apologized to whomever she offended.

She said that she was only quoting her daughter, who got into a fight in prison and yelled, “what the f*** is your problem, ni****?!”

After her first non-apology was not accepted by the broader Instagram cannabis community, she published another half-assed apology video that still showed that she had learned nothing at all from the experience.

Olsen then laid low for a little while before returning to her usual content of taking huge dabs and downing shots and pints of beer.

It seemed that at least some part of her fanbase had forgiven her for the May incident. But then, on June 6, a partial recording of an Instagram live surfaced of the Dabbing Granny (very) drunkenly demanding to know from musician Chris Crayzie why it’s ok for black people to say the n-word but not anybody else.

“Why it’s okay to say ‘nigga,’ but not hard ‘r?’” At this point, Crayzie, who seemed to have been trying to reason with Olsen for some time already, simply disconnected from the Instagram live.

Thousands of angry fans, former fans, and members of the broader cannabis community descended on Olsen’s Instagram account to give her a piece of their mind. Strangely enough, Olsen initially stood her ground, claiming she couldn’t be racist because she often corrects people who say “All Lives Matter.”

She never actually addressed the second incident and it’s anybody’s guess if she crumbled under the pressure from thousands of angry comments, or if Instagram took action and deleted her account.

We reached out to Instagram for comment but have not heard back at the time of publishing.