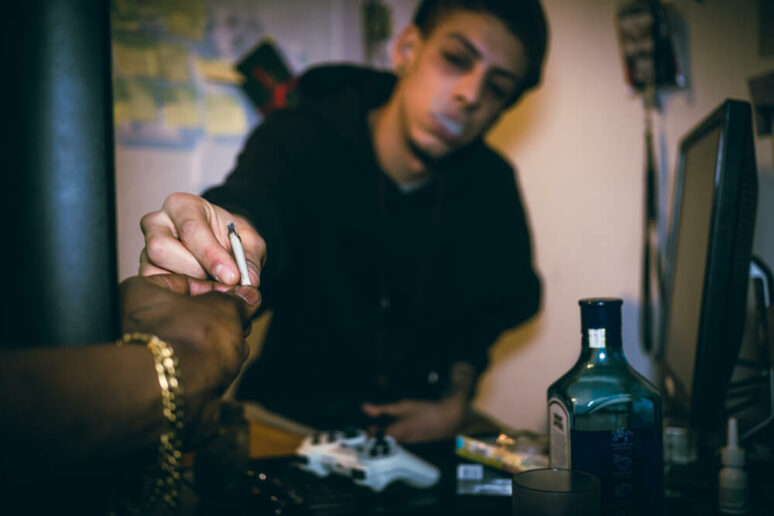 As we all know cops sometimes say the dumbest things. The York Regional Police, stationed in the northern suburb of the Greater Toronto Area, recently had to issue a pretty weird apology for an even weirder comment made by one of their own.

We’re no health experts, but we’re pretty sure getting high does not cause enhanced mammary growth in men. We are aware of the misinformation about cannabis that was unfortunately provided to the community by our officers. We’re working to address it.

The Tweet was sent out in response to a comment by a drug recognition officer named Nigel Cole during an assembly between around 100 Catholic school students and a panel of police officials. One student asked a pretty fair question if the officers believed the pros of legalization outweighed the cons. Cole gave a totally unexpected and bizarre reply.

You have peer pressure and drug dealers telling you about the great effects of marijuana, but I’m here to tell you there are some very negative effects,

said Nigel Cole, a drug recognition officer with the York Regional Police, according to a transcript of the meeting published by the Aurora Banner newspaper.

There are studies that marijuana lowers your testosterone; we call it ‘doobies make boobies.’ We’re finding 60% of 14-year-olds are developing ‘boobies.’

While the claim that cannabis causes gynecomastia has been around a long time, there is not much scientific support for it.

That wasn’t the only dubious claim Cole made, however. In response to another question about safe driving, he told the students that “half a joint is equivalent to seven alcoholic beverages.”