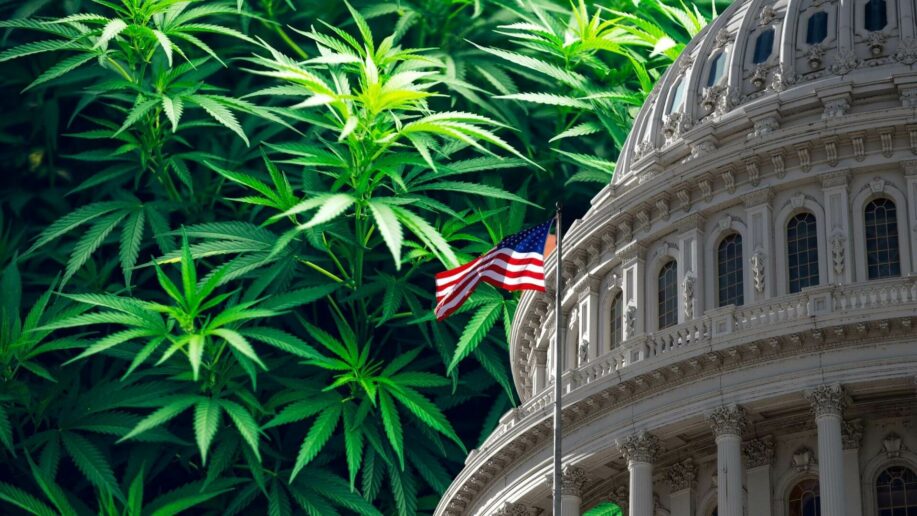 Could the US see a real “Green New Deal” — in particular for cannabis? According to Senator Ed Markey (D-MA), if the Democrats take the Senate in November, they will waste no time legalizing cannabis on the federal level — and good luck trying to stop them.

During an interview with the Young Jurks podcast, Markey was asked about cannabis reform as well as the possibility of implementing federal safety protections for cannabis industry workers.

Markey said that federal cannabis legalization “is another issue that is just right there on the ballot in November,” adding “we’ll move very quickly in January to change these laws to make sure there are national protections which are put in place, but unfortunately [President Donald] Trump controls the discretionary use of this personnel, and they’re kinda committed to keeping this crazy non scientifically based analysis of marijuana front and center.”

Markey said the Trump administration “as usual is completely wrong” when it comes to federal cannabis legalization and that “they’re just refusing to deal with the reality that marijuana should be legal, that we should have standards, that we should have banking institutions in place so it’s not a cash business and people can regularize the business itself.”

When pressed by the host about the fact that Biden has been less than enthusiastic about the prospect of federal cannabis legalization, Markey said: “we’ll have the majority of the votes in the United States Senate, and I know [Senate Minority Leader] Chuck Schumer has moved in that direction, he will be the majority leader in January, and I think we’ll have the votes to just move it.”

Markey added that if the Democrats take the Senate, the US Congress could work as a “stimulus-response institution” for the sake of the US economy and that “there’s nothing more stimulus inducing than what’s happening with climate change and cannabis.”

Markey added that “we need to move on these policies to have our own 1933, our own new deal and marijuana and climate change will be a big part of that change in our country,” an apparent reference to President Franklin Delano Roosevelt’s series of government programs that are credited with helping the US emerge from the Great Depression.

Markey said that when it comes to cannabis legalization, the “political education” stage of the issue has already been accomp[lished, and the country is in the activation stage of these policies, and that “in November it’s implementation. we win the election and then begin to legislate on the floor on medicare for all on the green new deal on marijuana and just move the country legislatively to where it already is operationally in their lives.”

Markey also appeared to endorse a Massachusetts bill that would provide no-interest loans for cannabis businesses run by people who were adversely affected by the war on drugs.

While prospective Democratic Presidential Candidate Joe Biden has drawn criticism for holding rather outdated views on marijuana — including that there isn’t enough evidence to prove it isn’t a “gateway drug” — in May he unveiled his “Plan for Black America” which includes cannabis decriminalization, expungement of convictions related to cannabis use, and ending “all incarceration for drug use alone.”