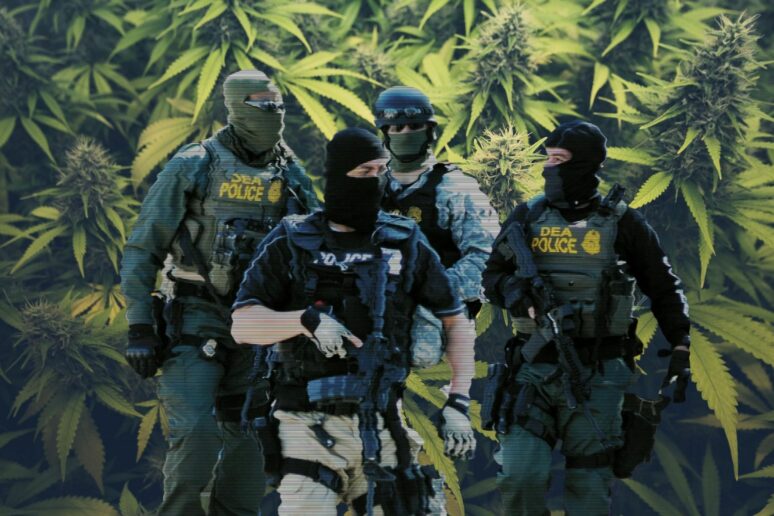 Congress Votes Against Federal Interference With Your Legal Weed

The US Department of Justice will not be able to allocate resources to investigate and prosecute cannabis activities in states where medical or recreational marijuana are legal under state or tribal law, according to a new amendment approved by the U.S. House of Representatives late last week.

“The American people are demanding a change to our outdated cannabis laws and I am glad to see my colleagues heeding their calls, ” Rep. Earl Blumenauer, founder and co-chair of the Congressional Cannabis Caucus, said.

“As we work to ultimately end the senseless prohibition of cannabis and the failed war on drugs, these amendments will help ensure the protection of legal state, territory and tribal cannabis programs.”

“This is the most significant vote on marijuana policy reform that the House of Representatives has taken this year,” said NORML Political Director Justin Strekal.

“The importance of this bipartisan vote cannot be overstated as today; nearly one in four Americans reside in a jurisdiction where the adult use of cannabis is legal under state statute. It is time for Congress to acknowledge this reality and retain these protections in the final spending bill.”

The amendment to the Department of Defense Appropriations Act, 2021, determines that “none of the funds made available by this Act to the Department of Justice,” can be used to prevent states with legal medical or recreational cannabis programs from implementing their own laws that authorize the use, distribution, possession, or cultivation of marijuana.” It could thus also prevent federal enforcement agencies like the US Border Patrol from intercepting legal cannabis commerce in jurisdictions near the country’s borders.

Upon presenting the amendment in the House on Thursday, Congressman Earl Blumenauer (D-Oregon) said “since 1996, when California voters made that State the first in the country to legalize medical marijuana, we have seen a revolution taking place in cannabis policy.”

He added that “That is why we are making progress in this Congress to catch up with the rest of America, and the multi-billion dollar–$12 billion by some estimates this year–industry, which pays $2 billion to State and local governments, much of it, sadly, with $20 bills in duffel bags.”

Opposition was put forward by Congressman Robert Aderholt (R-Alabama) who said “According to the National Institute on Drug Abuse, there is no scientifically recognized medical benefit from smoking or eating marijuana plants. Claims of benefits from smoked or ingested marijuana are anecdotal and generally outright fabrications. It is established by fact that such marijuana use has real health and real social harms.”

Blumenauer, for his part, intercepted the volley from Aderholt and fired back that “it is widely known now that there are, in fact, medicinal purposes to be obtained from using cannabis. That is why the voters in the gentleman’s own State just approved medical marijuana.”

While more than states and US territories have approved medical and recreational cannabis programs, it remains illegal on the federal level, creating a warren of regulation of federal and state conflicts regarding the production, commerce, possession, and use of cannabis – in particular in states that have already legalized it.

Last week’s House vote is merely the latest in a string of cannabis measures that are giving legalization advocates reasons to be hopeful that while 2020 has been a pile of shit of historic magnitude, for weed there have been some bright spots.

Last week, Marijuana Moment reported that congressional sources said they expect a floor vote on the Marijuana Opportunity, Reinvestment and Expungement (MORE) Act in September. This is no small thing – The MORE Act would remove cannabis from the Controlled Substances Act, thus decriminalizing it at the federal level.

If approved by the Senate, this could change the entire cannabis industry, allowing entrepreneurs to receive Small Business Administration loans and allowing the Veterans Administration doctors to recommend cannabis to veterans, among many other effects.

Last Monday, the US Congress on Monday approved an amendment to allow military service members to legally use CBD products – by a vote of 336-71.