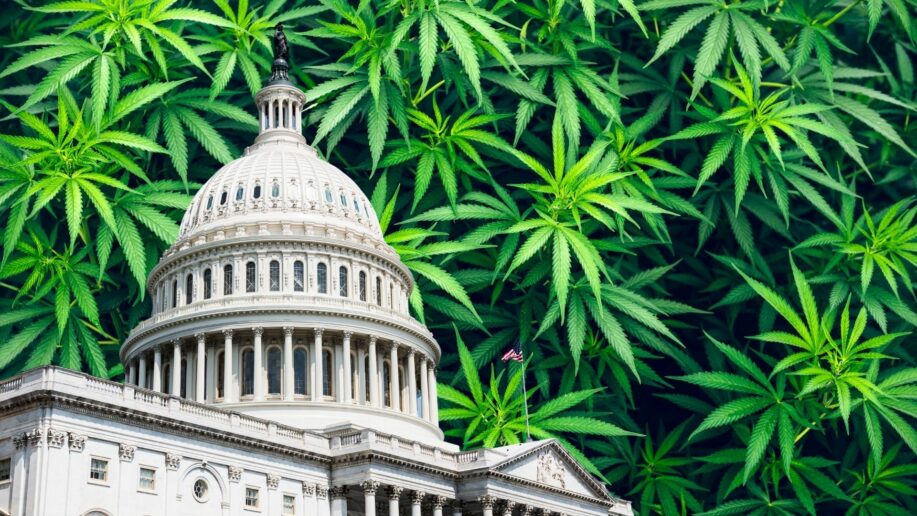 Congress Could Vote on Federal Marijuana Legalization as Early as September

Could a congressional vote on federal cannabis legalization come sooner than expected?

According to a report in Marijuana Moment, congressional sources said they expect a floor vote on the Marijuana Opportunity, Reinvestment and Expungement (MORE) Act in September.

The MORE Act would remove cannabis from the Controlled Substances Act, which would decriminalize it at the federal level.

This would potentially create a watershed effect that could change the entire cannabis industry – not to mention daily life for countless marijuana fans, patients, and fellow travelers across the country.

By decriminalizing cannabis on the federal level, the bill would allow the Small Business Administration to help entrepreneurs and businesses looking to get into the cannabis industry and would also allow the Veterans Administration doctors to recommend cannabis to veterans.

The bill would also expunge prior marijuana convictions records and impose a five percent tax on legal cannabis revenue, which would be earmarked for reinvestment in communities most affected by the drug war.

For those already incarcerated for marijuana crimes, the bill would open the door for resentencing.

A vote on the bill would be rather tricky amid the pandemic and with a recess planned for August.

Marijuana Moment spoke to Queen Adesuyi, the Policy Manager for the Drug Policy Alliance, who told them that “we have limited time to get this on the House floor for a vote before time runs out and Congress has to turn their attention elsewhere.”

Last week, DPA and several other organizations, including the American Civil Liberties Union, Human Rights Watch, and NORML (known collectively as the Marijuana Justice Coalition), sent a letter to members of Congress calling on them to approve the MORE Act.

“Looking towards long-term economic recovery, we must remove barriers to employment for those who have lost jobs, create new businesses and employment opportunities to help replace those that have disappeared and that will not be coming back, and to raise billions of dollars in new tax revenue to off-set the devastating economic losses to state and local governments,” the letter read.

Earlier this month, Massachusetts Senator Ed Markey said that if Democrats take the Senate in November, they will waste no time legalizing cannabis on the federal level.

In an interview with the Young Turks podcast, Markey said that federal cannabis legalization “is another issue that is just right there on the ballot in November,” adding “we’ll move very quickly in January to change these laws to make sure there are national protections which are put in place, but unfortunately [President Donald] Trump controls the discretionary use of this personnel, and they’re kinda committed to keeping this crazy non scientifically based analysis of marijuana front and center.”

When asked about the fact that Biden has been less than enthusiastic about the prospect of federal cannabis legalization, Markey said: “we’ll have the majority of the votes in the United States Senate, and I know [Senate Minority Leader] Chuck Schumer has moved in that direction, he will be the majority leader in January, and I think we’ll have the votes to just move it.”