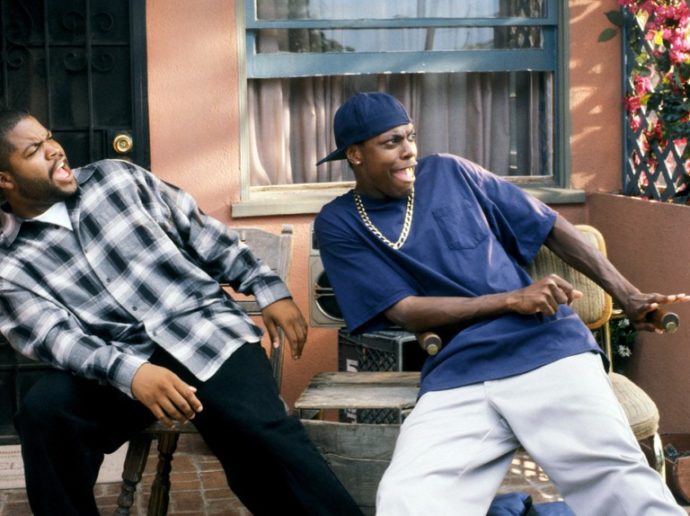 Many people asked themselves why but we’ve never really gotten an answer to why Chris Tucker didn’t do more Friday movies.

Until now….and the answer is very sad.

As you all know, Chris Tucker starred in the first one with Ice Cube. The movie was a great success, and for many, the film is still one of the top 10 best stoner movies.

The people wanted to see him in more films of this franchise. The reason why it didn’t happen is simple; Chris Tucker says that it’s because he didn’t want to influence people to smoke weed.

Here is what we know about a potential “Last Friday” movie and why it may never happen:

Another Friday sequel has been rumored and speculated about for years, with Ice Cube stating that he wanted the fourth installment to coincide with the 25th anniversary of the first film, which would have meant a 2020 release.

That did not happen, but Cube says a script exists. However, since Friday After Next, two prominent cast members have sadly passed on. John Witherspoon, who played Ice Cube’s father in the series, passed away in 2019 following a heart attack. Unfortunately, Tommy ‘Tiny’ Lister Jr followed him a year later due to heart disease.

The passing of these cast members and the reluctance of star Tucker to return to the series could complicate matters when it comes to getting another film green-lit, though Ice Cube seems determined to make it happen.

Let’s be honest; this is probably one of those projects like Dr. Dre’s “Detox” that would be better left as a legend than reality because, without Witherspoon and Lister Jr., It simply wouldn’t be the same, right?

Is Friday also one of your most favorite stoner movies of all time? Let us know in the comments.

6 responses to “Chris Tucker: I Never Did Another “Friday” Movie Because I Didn’t Want To Influence People To Smoke Weed”