Comedian Chelsea Handler rang in her 45th birthday in style this week, ripping up the slopes of Whistler, British Columbia, with a joint in one hand and a margarita in the other.

To round off the picture, she also left her pants at home for the special occasion.

• This Couple’s Weed-Themed Wedding is Every Stoner’s Dream

“Skiing into 45 with my margarita, my marijuana, and my mountain! #whoneedspants #birthdaysuit,” Handler captioned her now-viral Instagram post.

Skiing into 45 with my margarita, my marijuana, and my mountain! #whoneedspants #birthdaysuit

The former late-show host and famous party-goer uploaded a video showing her cruising down the mountain, sipping her drink, and taking puffs from her joint.

In other shots, Handler is posing pantsless in front of a ski cabin, drink in hand, as well as toasting her birthday on the ski-lift. 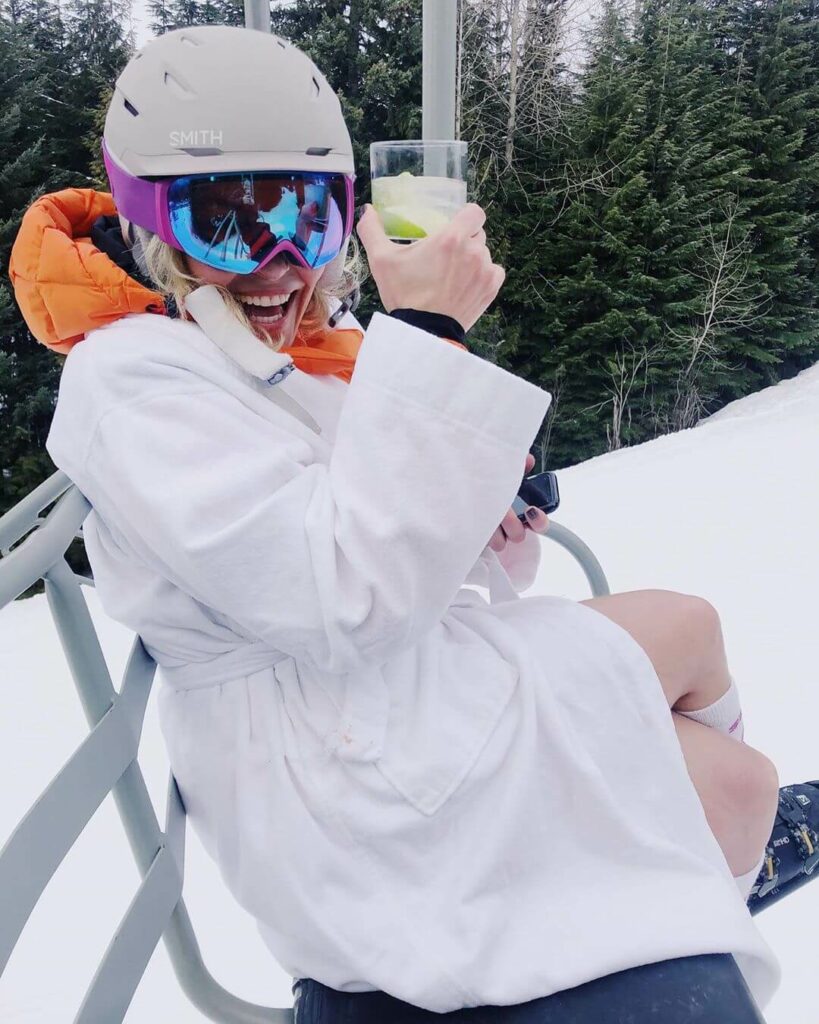 Handler has long been an outspoken supporter of weed and last year even released her own cannabis brand targeted at women getting into pot for the first time.

“I wanted to take my experience and create something specifically for women who have either never tried it before, or who had a bad experience 20 years ago,” Handler said in a press release at the time.

“We were missing the educational component to cannabis, and now with the legalization of cannabis and micro-dosing, we are in a whole new world of possibilities.”

Handler is no stranger to pantsless appearances. In January, she did a “naked” beach run dressed in nothing but Kim Kardashian’s SKIMS Shapewear.

“I’ve always wanted to run on a beach naked, and now with @skims, I finally can,” she wrote alongside the video. “Thank you @kimkardashian !”

While we don’t care for the obvious Kardashian PR stunt, we wouldn’t mind carving down a mountain with a nice joint in hand.