Cheech and Chong Are Finally Opening a Dispensary - International Highlife 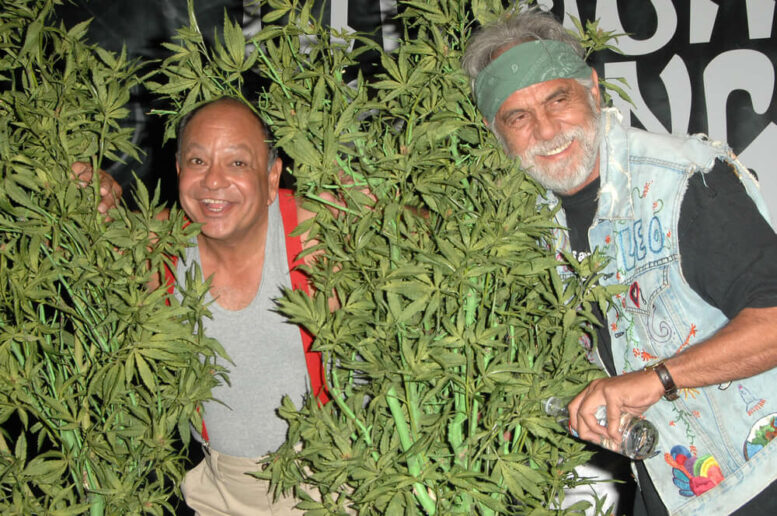 Tommy Chong and Cheech Marin, the irrefutable godfathers of stoner culture, are finally fulfilling their destiny and making the leap into the cannabis dispensary business.

The pair have entered into a licensing agreement with Five Points Holdings Inc., which will see them opening dispensaries in 5 states — complete with Cheech and Chong memorabilia.

The first dispensaries will open in California, Nevada, Arizona, Illinois, and Washington, with plans for eventual worldwide expansion, according to Chong.

The Cheech & Chong dispensaries will feature a one-of-a-kind retail experience with a range of products from popular cannabis brands, a setting commemorating the duo’s long career, and a place to purchase Cheech & Chong clothing and memorabilia (that would be the first time ever).

“Our stores are going to be incredible, state of the art. You’re talking about the guys who invented this lifestyle practically,” said Chong.

Many fans and cannabis enthusiasts have long hoped for such a move, and a number of brands have approached the duo in the past, all of which were turned down by them. But Chong said the partnership with Five Points Holdings is the right fit for them.

“Cheech and I have waited patiently to find the right combination of talent and the right team to trust with the Cheech & Chong properties. We both pursued our own individual projects knowing if the right opportunity came along we would do something with our Cheech & Chong brand and with Five Point Holdings we have the winning combination.”

Many expected a deal like this years ago, given their iconic status, but Chong says now is the right time. “I always operate on stoner time, so I’m actually a little early [with this deal],” he said in an interview with Cheddar.

“There are a handful of names and brands recognized by everyone around the world and the Cheech and Chong brand is one of them,” said Paris Chong who manages his father Tommy Chong.

Jeremy Abrams, the company COO said, “It’s time the cannabis retail shopper is offered a new experience with familiar names and brands. We’re excited to create that for all of the Cheech and Chong fans around the world.”

Before you get excited that you could soon be buying weed from Chech and Chong, keep in mind that this is a licensing deal, so you probably won’t find either one of them behind the counter of their stores.

But if the dispensaries can live up to the hype and expectations from fans, they’re going to be a one-of-a-kind experience.