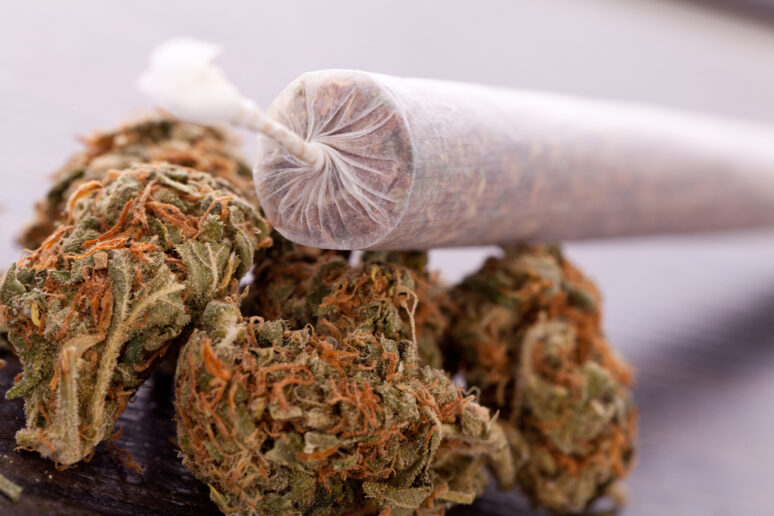 A recent study found that a couple of popular brands of rolling papers, blunt wraps, and other products used to roll up your weed are contaminated with pesticides and heavy metals. The good news is that the vast majority of products tested have been clean.

For the study, SC Labs has tested 118 smoking products. Only a few were dirty enough to fail state product standards when combined with cannabis.

A couple more were so dirty by themselves, with heavy metal levels more than 100 times worse than state limits that the lab recommended consumers treat them like seafood containing high levels of mercury and limit consumption.

For cannabis users, this all adds up to two takeaways.

One, rolling papers and other products used to consume cannabis aren’t currently subject to any kind of state safety limits for harmful additives.

Second, our health-conscious followers have yet another vector for contamination to worry about.

SC Labs is based in Santa Cruz, California. Technicians there first began to suspect something was wrong with rolling papers after some pre-rolled joints—containing demonstrably clean cannabis—kept failing a final inspection.

Unlike some other states including Oregon, California requires cannabis products entering the market to be tested for potency and cleanliness “in their final form.” (And, at least currently, there are no standards applied to rolling papers themselves in any state.)

Suspecting the failure could be tied to the rolling papers used to twist up the prerolls, SC Labs collected 118 different brands of rolling papers, blunt wraps, and hemp cones from Amazon and local smoke shops.

Heavy metals include cadmium, mercury, arsenic, and lead; exposure to too much heavy metals can trigger neurotoxicity, cancer, and kidney problems in humans, research shows.

Lead was the most common metal found, according to SC Labs.

As for pesticides, 16 percent of the rolling products tested had detectable levels, with 5 percent containing more pesticides than allowed under California standards.

What products were the worst? SC Labs did not name too many names, but smokers who favor paper rolling products can breathe easy. No rolling papers violated pesticide limits.

It was cellulose-based papers—the transparent, gummy papers sold as “clear” papers in smoke shops and the like—that had “very high levels of contamination,” according to SC Labs’s report released Friday.

Interestingly, both flavored blunt wraps and supposedly more “natural” hemp-based wraps failed tests for cadmium and arsenic as well as lead, as per SC Labs. Blueberry and pineapple-flavored “cigar cones” made by Zig-Zag both failed, as did hemp wraps made by Twisted Hemp and HydroLemonade. Wraps made by King Palm and Elements also failed for pesticides.

How bad is this? Well, not so bad… mostly.

The hemp papers and the wraps seemed to fail mostly because there’s just more of then, SC Labs’s Josh Wurzer said in an interview with Forbes..

“They’re thicker, and that seemed to be the issue,” he said. “But that being said, the findings of the study don’t support too much alarm—this certainly isn’t a, ‘Raise the alarm bells now, we have to stop and test all papers.’”

When combined with clean cannabis, even rolling papers that failed state testing standards would create a “clean” product—provided, of course, that they did not fail too badly, like some of the hemp, cellulose, and flavored wraps.

The study demonstrates that California did the right thing by requiring final packaged products to undergo testing. “Other states might want to take a look at their requirements,” Wurzer said.

And smokers might want to at least consider re-examining their habits.

“Would I personally completely stop smoking everything in a blunt wrap? No, but I would consider limiting how often I use them,” he said. “If I was smoking three to four joints a day and I always used a blunt wrap, I would reconsider that.”

“It seemed like regular old rolling papers were pretty clean,” he added. “Maybe I’d just switch to using those most of the time.”

Of course, these considerations only apply in legal states with product-testing requirements. If your state still hasn’t legalized recreational cannabis and you’re still forced to patronize the illicit market, who knows what’s in your weed? Whatever it is, whatever’s in the blunt wrap won’t make much of a difference.