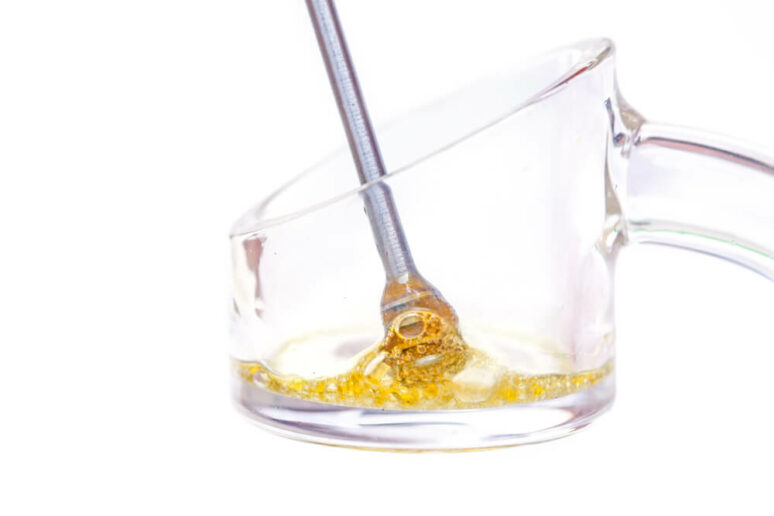 A recent study lead by Dr. Robert Strongin, a professor of organic chemistry at Portland State University in Oregon, has shown evidence of cancer-causing agents being released while dabbing concentrates extracted with butane.

While many patients prefer dabs for the convenience and potency, in a market where the goal is to be healthy, adding carcinogens and irritants isn’t part of the plan. Although we’d like to put on the blame on residual solvents in the product, this data shows the culprit may have a more natural source.

Terpenes and terpene extraction have been around for a number of years in the perfume and essential oils markets; however, little information has been garnered on these compounds in the realm of vaporization and inhalation. The test results from this study show, with application of extreme heat, certain terpenes can degrade into benzene, a carcinogen, and methacrolein (MC), a noxious irritant. However, upon reading the reports, the fear may be a little overhyped; and like a chapter out of ancient Reefer Madness, the data may be a bit skewed.

“Dabbing”, a term for smoking or vaporizing hash oils like shatter, wax, rosin, live resin, and others, has gained popularity over the last several years, especially in the legal markets. Dabbing involves applying high-temperatures to cannabis extracts, with the use of a torch and nail, or dab rig, which vaporizes the material without combustion. The process of heating a quartz, titanium, or glass device to a specific temperature with a torch can be difficult without advanced equipment.

In this study performed in Oregon researchers simulated dabbing in a laboratory environment, monitoring cannabis-derived terpenes myrcene, limonene, linalool, and Fire OG. Using Nuclear Magnetic Resonance (NMR) spectroscopy, the vapor was collected and analyzed for its chemical composition. Results revealed common terpenes in cannabis degrade high levels of carcinogens and irritants at higher temperatures. The chart below shows the number of chemicals released at the highest temperature range reported: 500 degrees.

However, continuing to read the report, researchers reported at below 500 degrees, no benzene was present in their tests, and the levels of methacrolein decreased rapidly at lower temperatures, and was undetectable at 322 degrees. Considering most concentrate users are not dabbing at above 500 degrees, this information is good to know, but in most cases, not life-threatening.

If the thought of inhaling noxious chemicals from your concentrates if frightening there are ways to make your experience safer.

Butane, propane, ethanol, and CO2 are among some of the chemical used to extract marijuana concentrates. Depending on the manufacturer, there is always a chance of residual chemicals in your extracts. Many solventless options are on the market including rosin, which is extracted using a heated press instead of chemicals, and budder which is whipped hash oil.

Most of the advanced vaporizers on the market today include some type of temperature control. Some even allow you to pair your device with your smartphone so you can control the temperature and adjust your device according to your preferences.

Discerning cannabis consumers should be concerned about the products they use and the chemicals they introduce into their regimen. While the research is valid, we have something to learn… keep your temperatures low and your dab rig cool to avoid turning terpenes toxic.