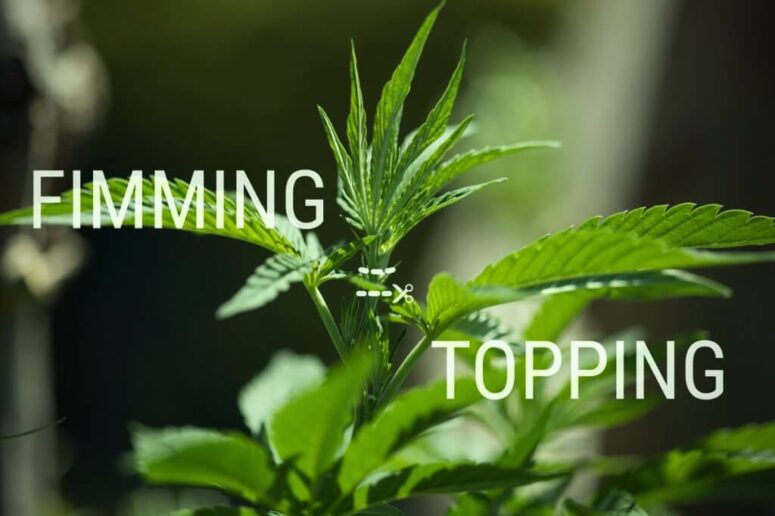 Cannabis topping, and topping plants to increase production remains a basic practice when training a plant. Topping lets you train your weed to grow horizontally rather than vertically. It enables the plant to get the most light possible to most areas of the plant. The process of topping is reasonably simple to learn. Soon you’ll be topping your plants and improving your production like a pro.

What is Cannabis Topping?

Topping means you remove the top of the plant’s growth from the main stem. Many new growers think that cutting off the top of your weed’s stems reduces the amount they grow. Instead, topping your plant slows down vegetative growth and speeds up the filling of your marijuana canopy.

If you don’t top your plants, they grow slender and tall. They concentrate their growth on the main stem and its blooms. Cannabis doesn’t grow broad and flat. But if we can make the plant grow flat and full, we’ll get more buds. So topping our plants helps them get more light where it’s needed.

How to Top Your Cannabis

You’ll need a pair of pruning snips to top and harvest your plant. One variety of snips that works very well looks like a very sharp version of hair cutting scissors. Non-sticking snips prevent resin from gumming up the snips.

The goal of topping your cannabis is to remove its upper growth thoroughly. No new plant growth will come from this area. The lower and lateral branches gain dominance because the main branches are gone. By topping off your cannabis, you’ll get double the number of buds.

All you have to do to top your cannabis is to sterilize the snips before you use them, then cut off the growth tip. You can either pass the snips through an open flame or use boiling water to sterilize it. Let the snips blades cool before cutting, however.

When you top a stem, top it high on the stem so it can heal better and won’t invite an infection.

Topping a plant not only gives you an increased weed yield, but is a technique used in other types of plant training such as mainline and manifold training.

Space Queen F2 or Space Jill is the same plant with a different name. The plant blooms indoors for about 50 to 60 days. It grows from three and a half to five feet tall and contains from 16 to 23 percent THC. You can get a moderate to high yield cultivating this plant. The flower grows quickly, and the plant prefers an acidic, slightly dry and warm environment. It is a frequently chosen strain for use for medical reasons.

Space Queen F2 thrives using the SCROG method and planted outside, too. When growing this variety of weed, you’ll need to provide support for the plant, as it becomes tall and lanky without training.

Alien Dog remains one of the most potent varieties of pot hybrid available in today’s market. It flowers from 58 to 68 days, usually during October if grown outside. It gets to be up to six feet tall. This easy to cultivate type of marijuana contains from 16 to 20 percent THC. Because it’s so powerful, you should only use a little at a time unless you intend to sleep a lot.

Alien Dog tends to be grown outside rather than inside. It produces a large number of buds per plant.

Mr. Nice has been a staple strain of weed since 1999. It produces dense and resinous buds. The plant likes growing in indoor setups. Mr. Nice needs to be topped early and frequently pruned to avoid growth at the base of the plant.

It produces a significant yield of flowers in eight to nine weeks. Mr. Nice remains of moderate difficulty to grow. When growing this strain, excess water or humidity will produce bud rot. To gain increased resin production, reduce the temperature around Mr. Nice just before blooming. Make sure the air around the plant stays dry, and heavily feed it for lots of healthy flowers.

This popular variety of the Kush strain has citrus top notes with a lovely aftertaste that gives you a feeling of euphoria as well as mental clarity. OG Kush produces well when there’s enough distance remains between nodes. This strain thrives when trained and gives you significantly large yields that are easy to grow. 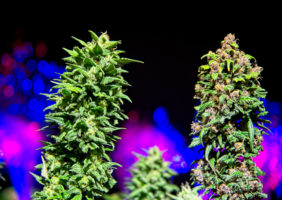 Light Adjustments For Autos — How Much Light Is Enough For Autoflower Cannabis Strains? 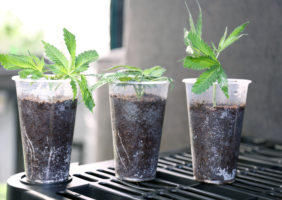 A Simple Guide About How To Clone Your Cannabis Plants 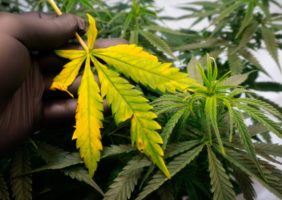 Is Yellow Harshing Your Marijuana’s Mellow? — What’s The Cause Behind Yellow Cannabis Leaves? 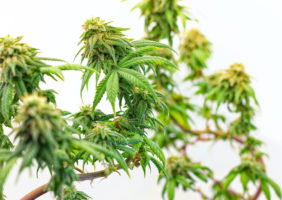 How to Grow Bonsai Cannabis